Nintendo Switch aiming to switch up the console status quo 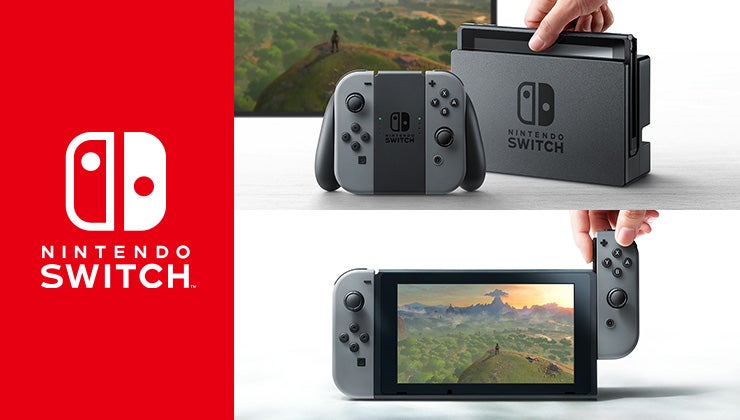 One known as the Nintendo NX, the Nintendo Switch is the company’s new entry into the console market and while there was no mention yet of VR capabilities, the device does show some promise. Image Nintendo

After the long wait and a teaser post on Twitter before the big reveal, Nintendo’s much-anticipated NX console is now the new Nintendo Switch.

As it so happened, the rumor that the Nintendo NX was a hybrid console was spot on. The Nintendo Switch, which is the NX’s new official name, is a console system that connects to TV sets through its dock and can easily be switched to portable mode by simply pulling out the tablet-like console and attaching controllers to either side. In a way, it looks very similar to the Wii U in portable mode. However, the preview trailer did not showcase any stylus.

Another interesting tidbit shown on the video is a footage of a gamer playing “Elder Scrolls V: Skyrim” on the go. While the game never made its way to the Wii U, it seems it will finally be available on Nintendo’s next-gen console. Apart from that, the press release also mentioned a number of notable gaming companies including Activision Publishing, Inc., Atlus CO., LTD., BANDAI NAMCO Entertainment Inc., Bethesda, Electronic Arts, Ubisoft Inc., SQUARE ENIX Co. LTD., and SEGA Games Co. Ltd.

Apart from portability, Nintendo also retains its appeal for entertaining groups of people with their console all at once. The Joy-Con controllers that attach to the side of the Switch can be pulled out and used individually for some two-player competitive gaming with support for additional controllers if needed.

Nintendo previously mentioned that this trailer is to be the first of a series of announcements regarding the Switch. If anything, the company’s new console is certainly creating a buzz. And with several top gaming companies being brought on board, the prospects of triple-A game titles look promising.  Alfred Bayle