Scientists use Wi-Fi to take 3D photographs through walls 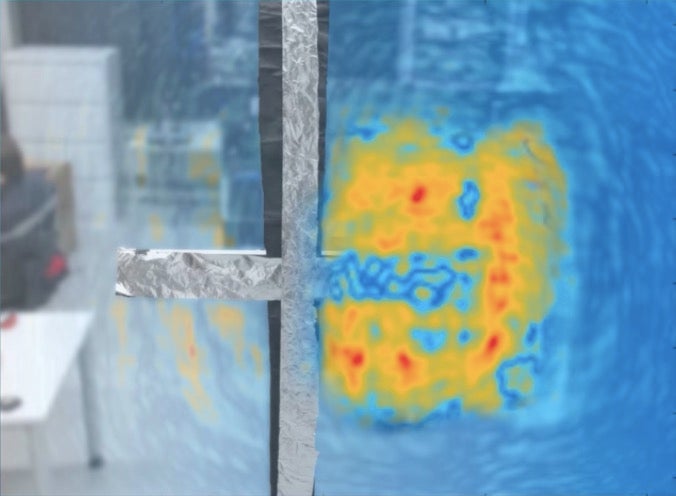 If you had Superman’s X-ray vision, what would you do? To some men the answer is pretty obvious, but scientists have other things in mind when a team thought about seeing through walls using Wi-Fi technology.

German scientists have begun a study using Wi-Fi signals to create 3D photos or holograms of objects behind walls. The research takes advantage of the capacity of Wi-Fi signals to pass through walls, Business Insider reported.

“It can basically scan a room with someone’s Wi-Fi transmission,” Philipp Holl, a 23-year-old undergraduate physics student at the Technical University of Munich, told the news outlet.

For now, the device that Holl built is still in its prototype stage and has limited resolution. He explained that it can detect a coffee cup on a table but would not be able to make out its shape. However, anything larger than 4 centimeters, including a person or a dog on a couch, can be easily made out.

Meanwhile, using Wi-Fi to see through walls is by no means new technology and has been around for years. Instead, Holl said that no one has used Wi-Fi signals to create 3D holograms of rooms and the things inside them.

“Our method gives you much better images, since we record much more signal. We scan the whole plane of a room,” he said.

Furthermore, one application for Holl’s device can be specifically useful for rescue operations. An array of Wi-Fi antennas could be used to find people trapped underneath a pile of rubble, following a disaster.

There’s still a lot of work to be done and Holl says Wi-Fi holography would still be pretty expensive to deploy. Either way, it’s intriguing to know that the Wi-Fi signals that we take for granted could have other uses apart from watching YouTube on our smartphones and tablets.

To learn more about the innovative process, check out the video below. Alfred Bayle/KI