Poop found to be ideal for teaching kanji to children 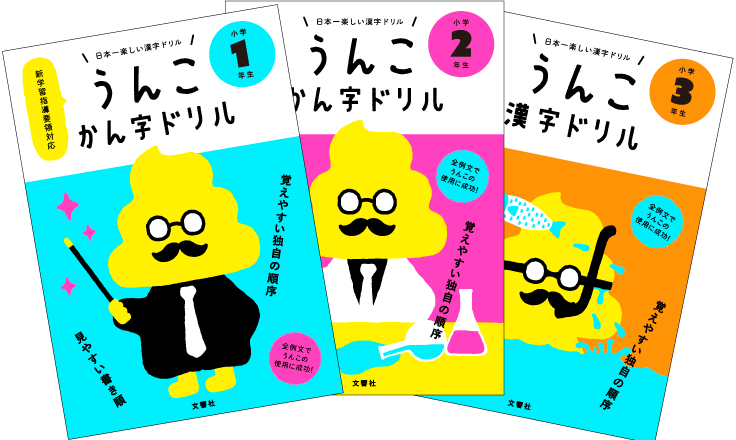 Learning Kanji, or the adopted logographic Chinese characters, is one of the toughest hurdles when studying the Japanese language. But in reality, foreigners are not the only ones having trouble memorizing the seemingly complicated characters.

Makers of the “Kanji Drill” series of educational books have found that the best way to teach children Kanji is to associate them with a word they enjoy—particularly, poop.

Titled “Unko Kanji Drill” (unko means poop in Japanese) book series, as per The Japan Times, it consists of six books that uses heavy doses of the word “unko” to teach the 1,006 kanji necessary for elementary school.

In one example for the fourth grader edition of the books, the kanji used for the word “meeting” was illustrated in this sentence: “We are starting a poop meeting now.”

Although the method seems highly unconventional, the sentence indeed sounds fun for the younger generation and thus, becomes easier to remember.

As of this writing, the books have sold over a million copies since its release last March.

As the saying goes, “poop happens,” and fortunately, the Japanese students are all the better for it. Alfred Bayle/KI