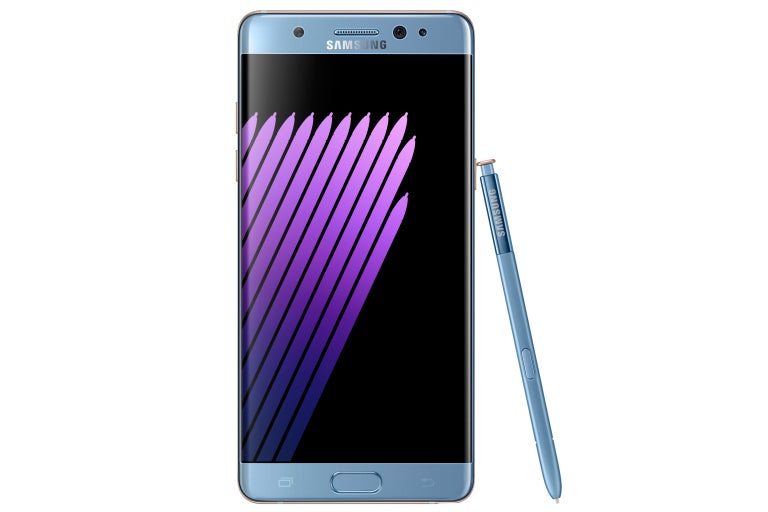 After the Galaxy Note 7 fiasco, Samsung is out to impress with the Galaxy Note 8, expected to land late summer or early fall. Image: Samsung/Business Wire via AFP Relaxnews

Specialist website Galaxy Club reports that Samsung’s upcoming flagship, the eagerly awaited Galaxy Note 8, is currently being tested ahead of an official unveiling later this year at the IFA tech fair in Berlin, from September 1 to 6.

The Samsung Galaxy Note 8 (not to be confused with the brand’s former tablet of the same name) is apparently being tested with Android 7.1.1 (Nougat), rather than a beta version of Android 8. That could mean that the handset might be released earlier than expected, possibly in August or early September 2017, a few weeks before the official launch of Google’s next mobile operating system.

Like the Samsung Galaxy S8 and S8+, the Galaxy Note 8 is rumored to be getting a borderless Infinity display in spectacular 6.3-inch or 6.4-inch formats, each with the same aspect ratio (18.5:9) and resolution (QHD).

In a major first for the South Korean manufacturer, the smartphone is rumored to have a dual camera, like Apple’s iPhone 7 Plus and the Huawei P10. Finally, the Samsung Galaxy Note 8 is said to use either a Snapdragon 835 or an Exynos 8895 processor, depending on the region of sale, plus 6GB of RAM and a 64GB internal memory (with microSD card slot for expansion). It is also expected to have a fingerprint reader and a stylus.

After the Galaxy Note 7 fiasco, Samsung will have to work hard to make amends with consumers. Samsung had to halt sales, and subsequently the production, of the Note 7 smartphone, launched to much hype in the summer of 2016, after several cases of batteries catching fire when charging. This issue, caused by the phone’s lithium-ion battery overheating, is thought to have caused around 30 fire incidents with varying degrees of severity. JB