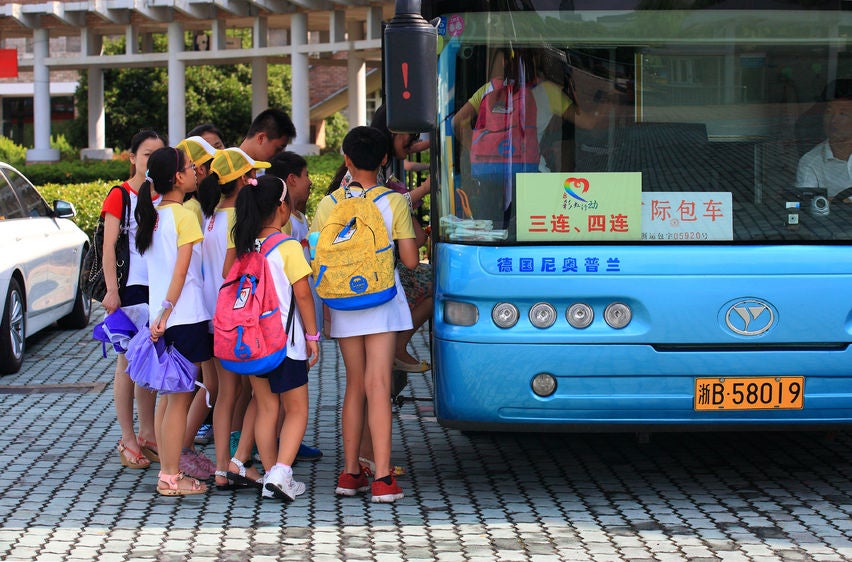 The world’s first smart bus that runs on virtual tracks was unveiled last June 2, in the city of Zhuzhou, within central China’s Hunan Province.

Xinhuanet reports that the technology is called the Autonomous Rail Rapid Transit (ART). It was developed by the research arm of CRRC Zhuzhou Locomotive Co., Ltd., the same company that produces parts for China’s high-speed railways.

The ART is a smart bus equipped with sensors that detect and follow special lines laid out on the road. However, with how the smart bus is built, it looks more like a train running on virtual tracks while speeding down the streets of China.

At around 30 meters long, each standard bus can accommodate a total of 307 passengers and get up to speeds of 70 kilometers per hour. Up to five additional cars can be linked, which stretches the overall capacity to 500 passengers.

The Zhuzhou government has revealed plans to construct a 6.5-kilometer ART line that will cross downtown Zhuzhou. Operations are planned to start in 2018.

You may watch footage of the smart bus in action via this link. Alfred Bayle/JB