Mattheij had been entertaining the idea of selling off Lego bricks online to other Lego enthusiasts as a small business. The problem was he needed to sort out an estimated two metric tons of bricks sitting in his garage. 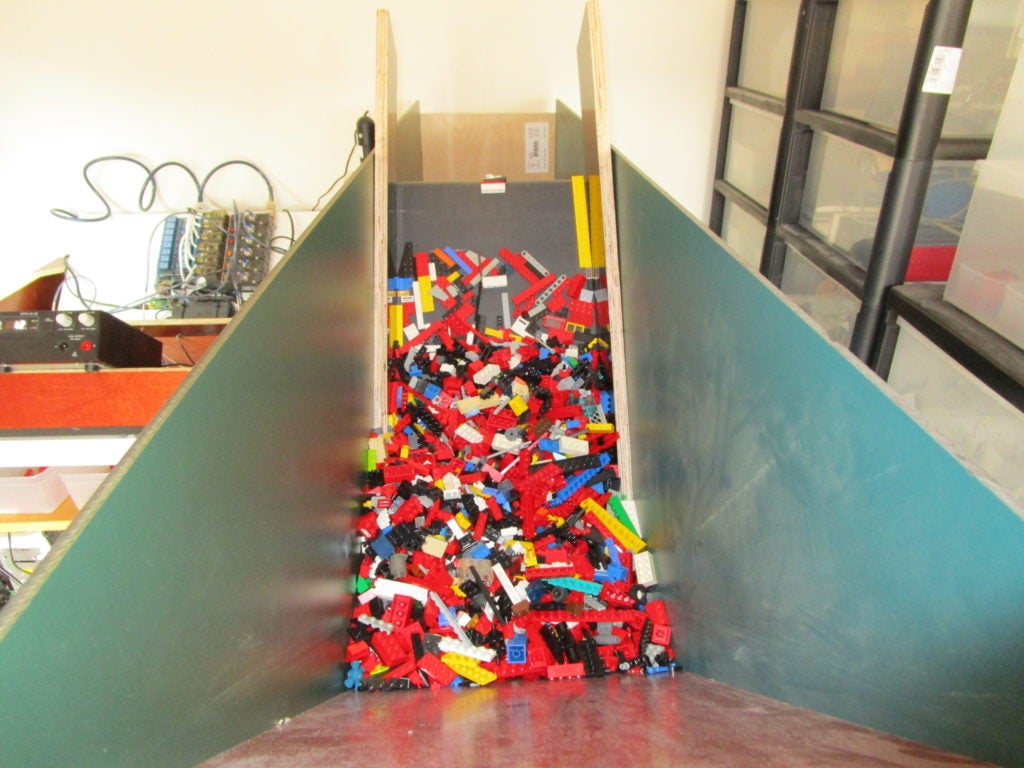 The starting point of the sorting machine. Image: Jacques Mattheij

He then decided to create an automated sorting machine powered by a neural network and wrote an article titled “Neural Nets vs. Lego Bricks” that will be published in the July 2017 issue of IEEE Spectrum magazine. He also earlier wrote details of his project on his personal website, jacquesmattheij.com.

After training his neural network, he found that in just a few days, it was able to learn quickly, and managed to sort 4,000 pieces with a 90 percent accuracy rate.

“Then I realized I didn’t need to make the training set all by myself. The machine takes and labels images,” said Mattheij. “All I need to do is spot the ones where the computer was wrong and relabel the image correctly. As the neural net learns, there are fewer mistakes, and the labeling workload decreases.”

His current machine uses a conveyor belt system that carries Lego bricks past a web camera. The neural network uses the camera to identify the bricks and promptly sort them in the right bin.

Mattheij is currently waiting for the neural network to learn to classify all the bricks by itself before starting his business of selling Lego bricks to other Lego enthusiasts. Alfred Bayle/JB

Facebook AI chatbots made up their own language by accident