Annoying pet rooster put up for immediate adoption by owner 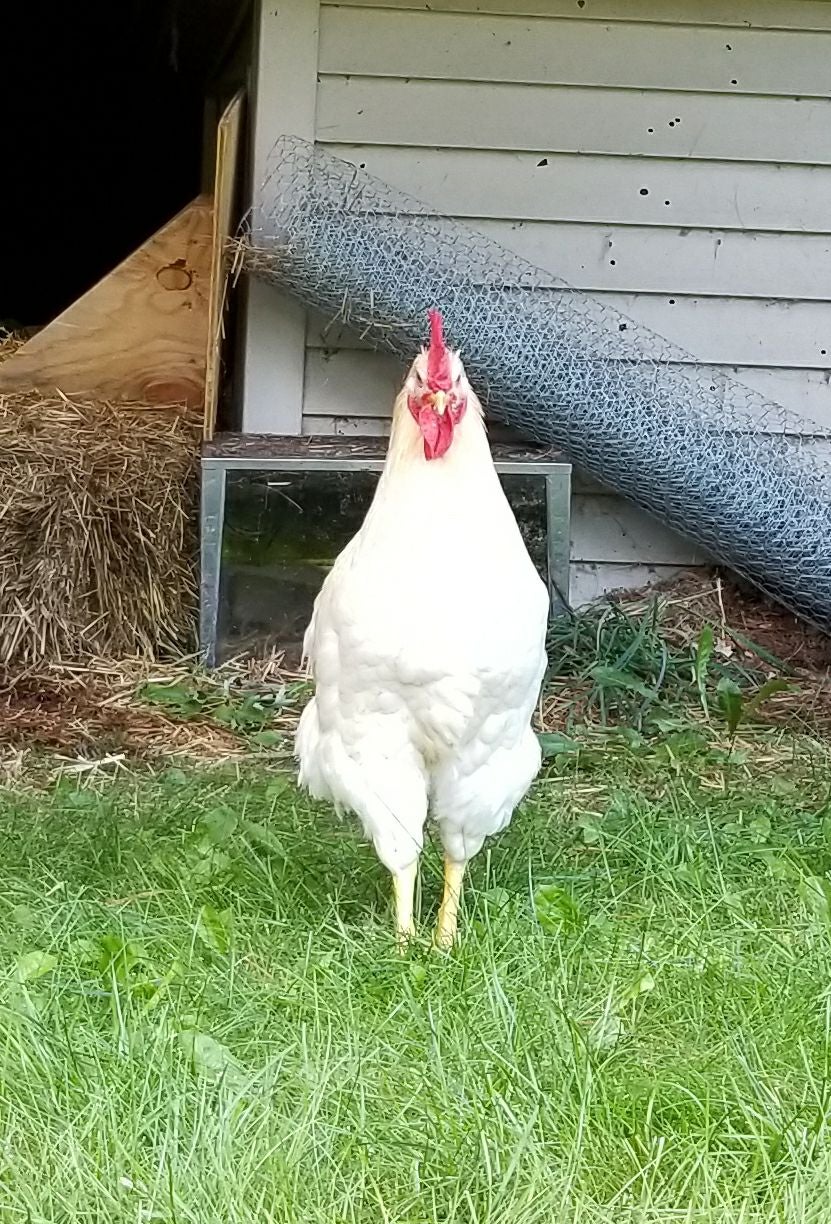 A woman from Clarksville, Minnesota in the United States got fed up with one of their obnoxious roosters and posted a humorous adoption ad on social media.

Denell McCaul refers to the animal as the “a**hole rooster.” McCaul, obviously not too fond of the rooster, opened her Facebook ad post with the sentences, “FREE to good home. Well, any home really.” 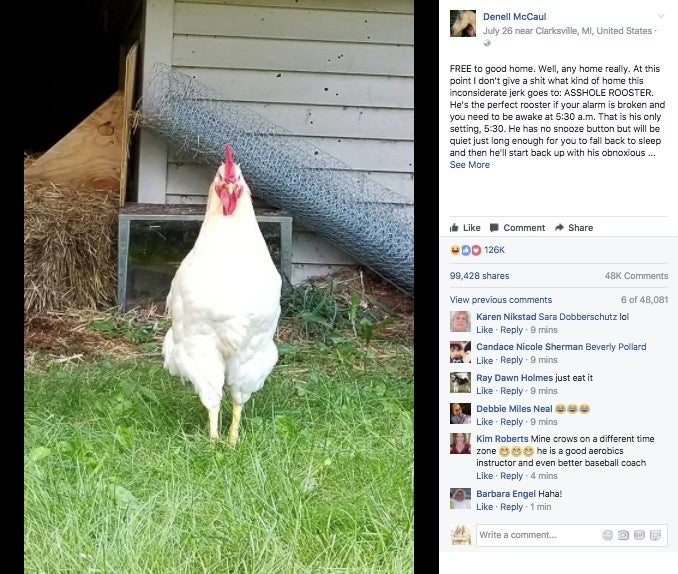 McCaul described the rooster as a single setting alarm clock.

“He’s the perfect rooster if your alarm is broken and you need to be awake at 5:30 a.m.,” she wrote.

The rooster may have also developed x-ray vision that detects sleeping people behind walls, as it can cock-a-doodle-doo at the right spot for greater effect, wrote McCaul.

Finally, the lady said the rooster is an excellent trainer and dance instructor, if running around the yard is the ideal exercise for you. This can be experienced first hand because she requires would-be owners to catch the rooster themselves.

One commenter suggested a cooking method to remedy the situation.

Another empathized with the sleep-deprived owner’s plight.

One man was confused whether the ad was to get rid of the rooster or make sure it never goes away.

A woman may have found the rooster’s long lost brother.

If you happen to be near the area, why not help this lady out? By adopting the rooster, you get a free fitness trainer and an accurate alarm clock in return. JB