With a number of hi-tech tools watching the heavens non-stop, NASA has no shortage on photos of the August 21 solar eclipse which gripped residents of the United States. 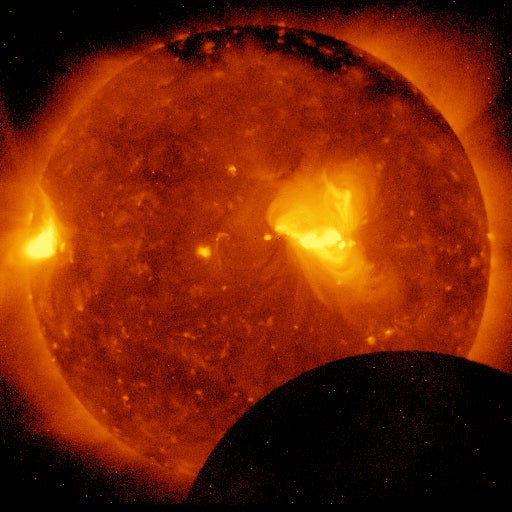 This video is a combination of several photos taken by the international Hinode satellite using an X-ray telescope (XRT).

Working with the Japan Aerospace Exploration Agency, NASA produced this video to show the passage of the moon across the sun during the eclipse.

The XRT gives a very different image of the sun compared to photos taken from the ground. It allows scientists to examine the sun’s surface in greater detail, particularly the superheated plasma created at the polar regions. These plasma erupt into powerful jets that go as far as ten to twelve million miles into space.

The moon appears as just a black sphere while the sun shows more detail in orange hue. Looking closer provides a view of a swirling surface ripe with activity.