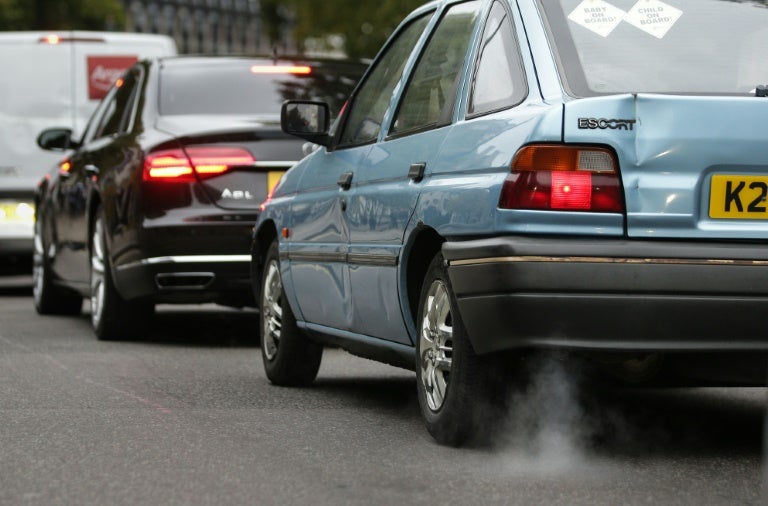 An interactive map that makes it possible to check air quality in real time across Europe, where air pollution has been linked to hundreds of thousands of premature deaths every year, went live on Thursday.

Dubbed the “European Air Quality Index” and launched by the European Environment Agency (EEA) and the European Commission, the map gathers hourly data from more than 2,000 monitoring stations across Europe.

“Air pollution is an invisible killer, so the air quality index is needed to inform European citizens on the state of the air they breathe,” EU Environment Commissioner Karmenu Vella said in a statement.

Stations are marked on the map with coloured lights ranging from light green to dark red, which indicates the level of at least one of these pollutants is “very bad”: ozone, nitrogen dioxide, sulphur dioxide, PM10 — particles measuring less than 10 microns — and smaller PM2.5 particles, which can enter the lungs and even the bloodstream.

Grey spots appear in several EEA member states such as Italy, Greece, Iceland and Turkey, because they do not transmit their data in real time.

“It’s important that citizens are aware that yes, we’ve done quite a bit in Europe on air pollution, we’ve seen significant improvement over the last decade… but we’re not there yet,” EEA executive director Hans Bruyninckx told AFP.

“This information, accessible to everyone, is an important basis for a dialogue and decisions that are needed to safeguard people’s health, especially in cities”.

The map is a snapshot of air quality at a specific time within the last two days, but clicking on a particular point also provides access to a chart summarising air quality over the previous 100 days.

A country’s profile also gives an overview of the average annual pollution and premature deaths.

According to an EEA report published in October, European air quality has improved in recent years, but a significant portion of the population, especially in cities, is still exposed to pollution exceeding European standards.

“Still more than 80 percent of citizens in European cities are actually living in air quality that is not up to standards of the World Health Organization,” Bruyninckx said.

Air pollution remains the single largest environmental cause of premature death in urban Europe, with PM2.5 particles alone linked to 420,000 early deaths in 41 European countries in 2014.

According to the report, road transport, agriculture, power plants, industry and households are the biggest emitters of air pollutants in Europe. AB