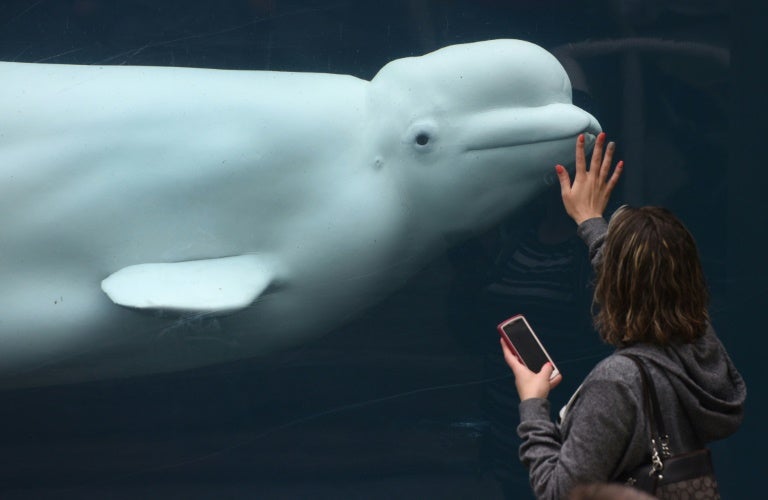 A Beluga whale plays with a tourist at an aquarium. Image:  Timothy A. Clary – AFP/File

The Canadian government said Wednesday it will boost protection for two species of endangered whales.

Since June, 12 North Atlantic right whales have been found dead in the Gulf of St. Lawrence, which is home to nearly a quarter of the last 458 specimens of this kind of whale. Canadian environmentalists say it is among the most threatened in the world.

The Ministry of Fisheries said it would set up “critical habitat” protection areas for these whales off the coast of Nova Scotia and for beluga whales in the Gulf of St. Lawrence.

The goal is to safeguard “specific geographic locations and conditions essential for the survival and recovery of the species, such as where they give birth, hatch, feed or raise their young,” the ministry said.

The government is especially worried about the North Atlantic right whales because their mortality rate in 2017 has been higher than the average of recent years.

Autopsies showed whales bleeding to death after what were likely collisions with ships or getting caught up in fishing nets.

The government already took measures last year to protect beluga whales and white sturgeon. It denied TransCanada permission to build an oil facility on the coast of the Gulf of St. Lawrence, where female belugas give birth in the spring. AB