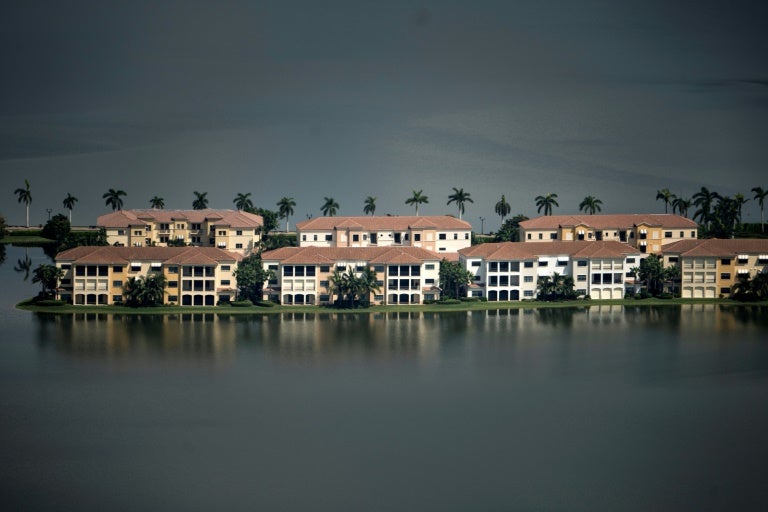 The study in the journal Science Advances calculates how much more flood protection will be needed to keep the risks of high-end floods constant in the next 25 years.

Unless actions are taken — such as enhancing dykes, boosting building standards, relocating settlements and managing rivers — the number of people affected by devastating floods could skyrocket, warns the report, based on models that are 10 times more precise than commonly used climate computer simulations.

Asia — the continent with the largest historical high-end flood risk — would get hit the hardest, with the number of people affected by river flooding projected to go from 70 to 156 million by 2040, it said.

For instance, Pakistan, already prone to flooding, “will observe almost a doubling in high-end flood risk,” with 11 million people at risk of floods unless protective measures are taken by 2040.

“In South America the number of people affected by flooding risks will likely increase from six to 12 million, in Africa from 25 to 34 million,” it added.

“More than half of the United States must at least double their protection level within the next two decades if they want to avoid a dramatic increase in river flood risks,” said lead author Sven Willner from the Potsdam Institute for Climate Impact Research (PIK).

The increase in river flood risks over the next few decades is being driven by the amount of greenhouse gases already emitted into the atmosphere by the burning of fossil fuels.

When more heat-trapping pollutants surround the Earth, more moisture is held in the air, leading to more rainfall.

Cutting these emissions is crucial to reducing flood risks for future generations.

“It is clear that without limiting human-caused warming to well below two degrees Celsius (36 Fahrenheit), river flood risks in our century will increase in many regions to a level that we cannot adapt to,” said Anders Levermann, a researcher at Columbia University’s Lamont-Doherty Earth Observatory in New York.

“The findings should be a warning to decision-makers,” added Levermann.

“Doing nothing will be dangerous.” AB