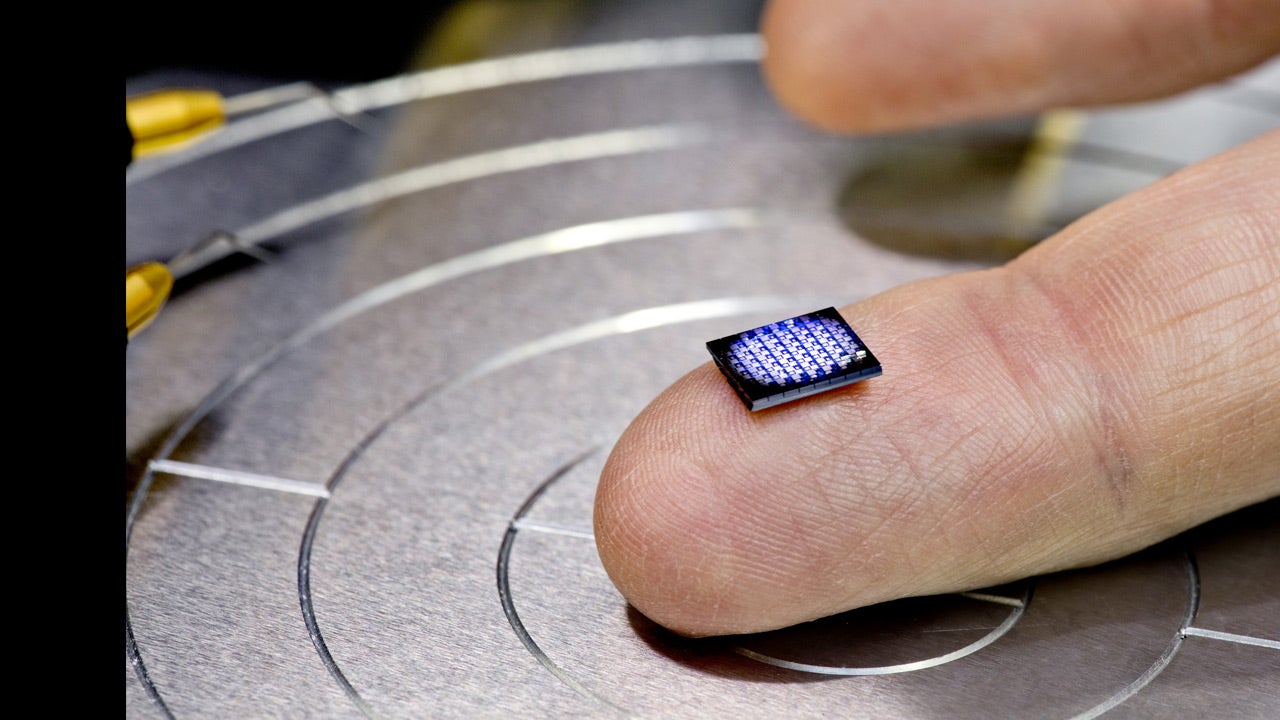 This tiny rectangle is actually a collection of 64 motherboards.  Image: IBM

IBM put forward five technology predictions for the next five years at its annual Think event, which includes the use of tiny computers as small as a grain of salt to make blockchain application more secure.

At the IBM Think event, which is being held at the Mandalay Bay Convention Center in Las Vegas, Nevada (March 19-22), the company refers to these tiny computers as cryptographic anchors. According to a statement on the IBM Research website, cryptographic anchors could be embedded into everyday objects. In tandem with the distributed ledger of blockchain technology, anchors would help ensure the authenticity of products. Further application could create new solutions to track manufactured components, luxury goods, food items, genetically modified products, and counterfeit objects.

A diagram detailing the computer’s build shows that it measures 1 by 1 millimeter. It will be solar-powered, thanks to the presence of a photo-voltaic cell. The computer also has SRAM memory and several hundred thousand transistors. An LED and photo-detector will be its means of communicating to the world and users. 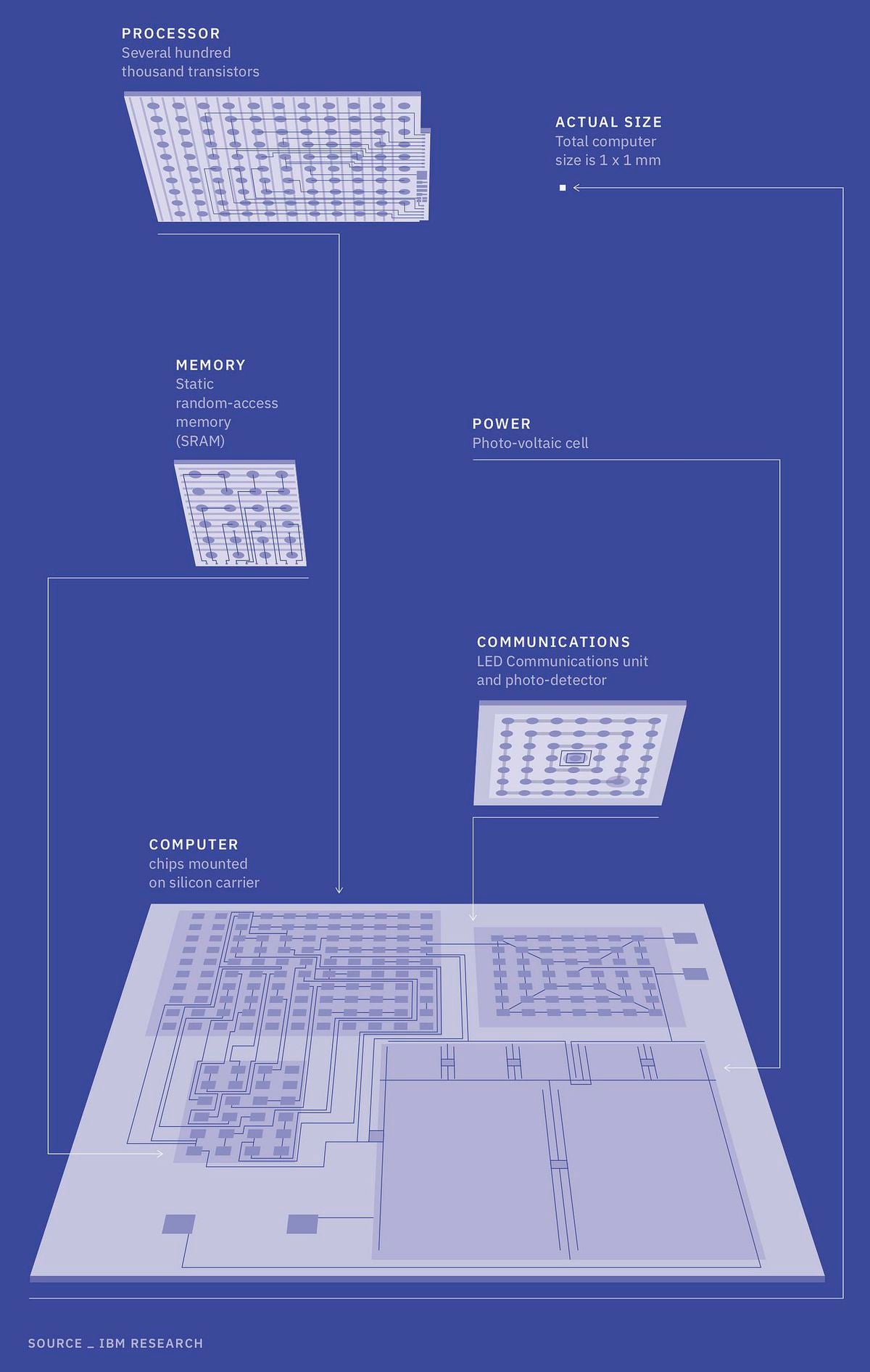 Though IBM has outlined where these tiny computers will be used, the company has yet to reveal a proper name for them and when they will actually enter the market.  /ra