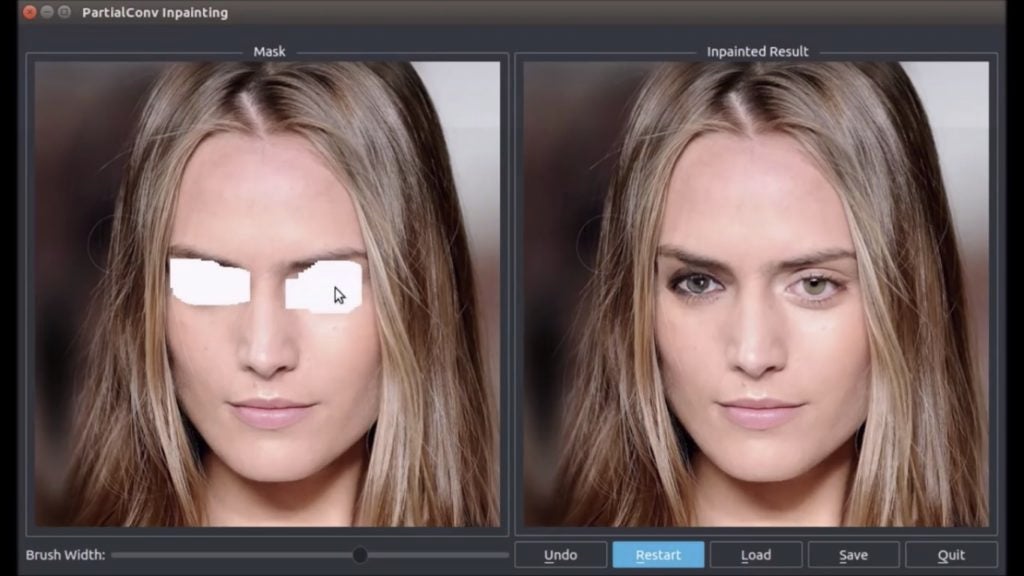 NVIDIA researchers created an artificial intelligence-powered system for reconstructing damaged photos and cleaning up cluttered ones.

The process is called “image inpainting,” which can be implemented on top of photo editing software to enhance the finished product. Missing or removed elements of an image get filled in by computer-generated alternatives, according to a statement.

For example, if a bridge was removed from a picture, the software tries its best to replace the blank space with something similar to the background. This can also be done manually by a skilled artist, but it will take a longer time.

Existing AI-based inpainting methods leave behind noticeable traces on the edited parts of an image. These can be inaccurate colors or blurriness. The researchers overcame this by using a method they call “partial convolution.” The method essentially does another pass-on edited portions of an image and renormalizes them to look as clean as possible.

For their AI, the researchers trained it through deep learning. They generated 55,116 random streaks and holes of arbitrary shapes for the AI to categorize and learn from. The AI then learns to generate and fill in missing pixels on a picture based on the dataset presented to it.

Check out the sample video below to see how the AI fills in the gap after a researcher erases a portion of the image.

The researchers claim the AI system can also be applied in enlarging images while retaining details. This means users won’t see large squares, which represented pixels from the previous smaller resolution.  /ra