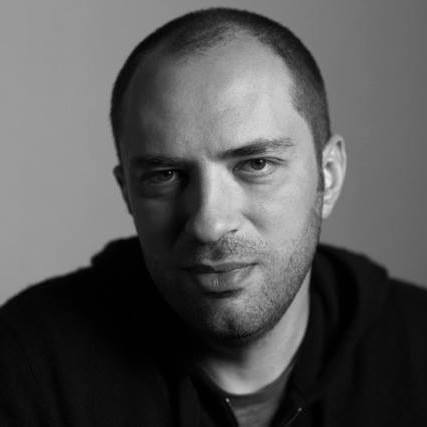 WhatsApp CEO and Facebook board member Jan Koum exits the company to take time off from technology-related things.

Koum announced his departure through a Facebook post wherein he wrote, “I’m leaving at a time when people are using WhatsApp in more ways than I could have imagined. The team is stronger than ever and it’ll continue to do amazing things.”

He added, “I’m taking some time off to do things I enjoy outside of technology, such as collecting rare air-cooled Porsches, working on my cars and playing ultimate frisbee.” 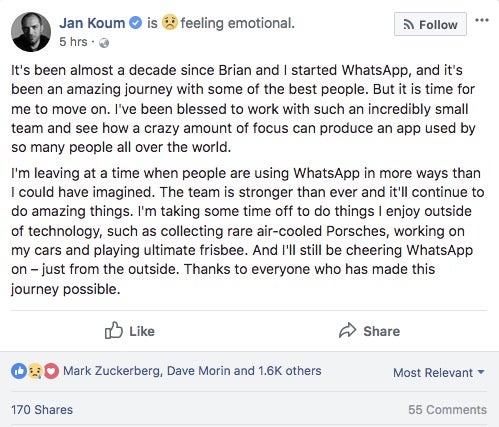 Mark Zuckerberg, Facebook’s main man, quickly replied to the post, thanking Koum for everything the WhatsApp founder taught him, especially about encryption. His reply has received over 600 reactions as of this writing and is the trending comment on the tread.

Koum founded WhatsApp with Brian Acton back in 2009. The company was later acquired by Facebook in 2014. In November 2017, co-founder Acton exited the company and has since joined the #deletefacebook campaign on Twitter. Acton also deleted his Facebook account.

Facebook is currently in the process of updating its service in the aftermath of the Cambridge Analytica scandal and CEO Zuckerberg being questioned by the US Senate. So far the social media platform has revised its policy to clearly indicate what content is not allowed on the service.  /ra

For the first time, Facebook spells out what it forbids