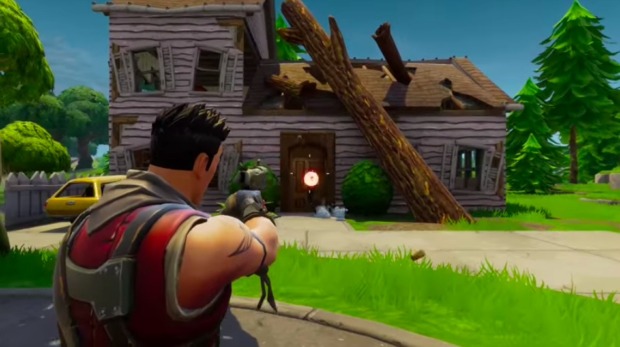 The parents of a nine-year-old girl put her into psychotherapy after she became addicted to a video game.

The child faced problems in school, hit her father when her console was taken away, and even wet herself to avoid going to the toilet while playing, reports The Mirror. The locale where the girl and her parents reside was not disclosed in the report.

Her parents gave her an Xbox in January 2018, through which she downloaded the free popular video game Fortnite Battle Royale. The concept is a survival game where 100 players strive to be the last player standing by killing other players or avoiding them.

The young girl was so hooked that she would play it at night until dawn while her parents were asleep.

In the middle of March, her teachers called her parents to say that her grades were declining and that she would get caught sleeping in class.

They still hadn’t realized then that it was due to her video game habits, as their daughter reacted “unusually argumentative and aggressive, which we just put down to her hormones.” Later on, she would skip commitments like ballet, gym classes and Sunday morning church because she was too tired.

However, her parents began to intervene on her gaming time when they noticed charges on their credit card at about £50 (about $66 or P3,500) a month. She admitted to using it for extras in the game.

Finally, her Xbox was confiscated, but she retaliated by hitting her father in the face. They then tried to give her some playing time — an hour on weekdays and two on weekends — until her father caught her on the game again at night.

“My husband saw her light on in the night and found her sitting on a urine-soaked ­cushion playing the game,” narrated the mother in the report. “Crying, she told us that every night for the past two months she had waited until we were asleep and then got up to play, sometimes until 5 a.m.”

The family has since referred her to psychotherapy. Her counselor Steve Pope said he has had similar cases over the past two months “with children as young as eight showing signs of addiction to Fortnite.”

The child has since been catching up on school and returned to sports.

Video games per se aren’t bad — in fact, they stimulate different cognitive activities in the brain, according to research from the University of Geneva. However, the benefits were seen when a person spread out his or her playing time rather than binge a game. Everything in moderation, as the saying goes. Niña V. Guno/JB