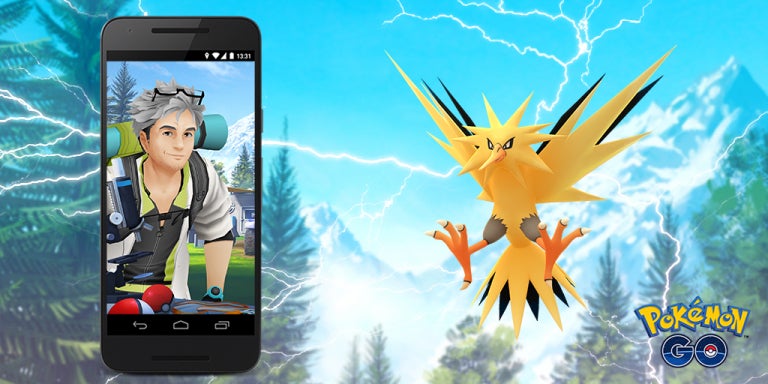 Real-world exploration game “Pokémon Go” has had its biggest month to date since the game launched in July 2016.

That’s according to Superdata Research, which calculated monthly revenue of $104 million and 147 million players throughout May, as spotted by Eurogamer before the player count figure was removed.

Towards the end of March, “Pokémon Go” rolled out new Research Tasks features, which rewarded players for completing daily discovery or capture missions, while April celebrated Earth Day with a special 48-hour event.

The month of May brought with it an announcement that new creature variants first seen in 2016’s Nintendo 3DS games “Pokémon Sun” and “Pokémon Moon” would be coming to the mobile game, had players gearing up for a two-week event oriented around rock-type Pokémon, and also laid out plans for various summertime celebrations around the world.

Right at the end of May, The Pokémon Company announced that it would be lifting some elements from Niantic’s “Pokémon Go” and dropping them into November 2018 Nintendo Switch games “Let’s Go, Pikachu” and “Let’s Go, Eevee”.

As a whole, mobile gaming was the biggest growth driver across all platforms in May 2018, up 36 percent compared with May 2017.

Speaking of Battle Royale, “Fortnite” failed to make it into Superdata’s top 10 on mobile, but was May’s top grosser on console, leading “FIFA 18”, “Call of Duty: WWII”, “Grand Theft Auto V” and “God of War”.

It generated some $318 million on console, mobile and computer throughout the month, a new high for the game, even though “growth is slowing down” according to Superdata’s analysis; the game was the fifth top grosser on PC, with “League of Legends” leading “Dungeon Fighter Online”, “Crossfire” and “Fantasy Westward Journey Online II”. JB