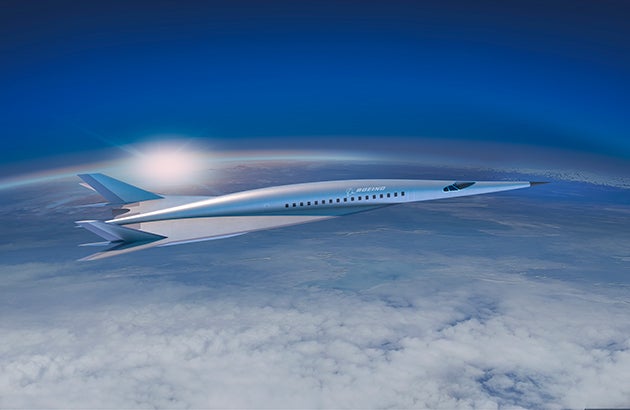 Boeing is currently working on a hypersonic aircraft that will be able to fly passengers from New York to London in as little as two hours.

Compared to conventional commercial flights today, that would cut flying time by about five hours.

The aerospace company offered an early look of the passenger-carrying hypersonic concept at the American Institute of Aeronautics and Astronautics conference in Atlanta this week.

But it takes time to engineer an aircraft capable of traveling at Mach 5 — five times the speed of sound or 3,800 miles (6,174 kilometers) an hour — that’s safe enough for human travel.

Boeing says it will be another 20 to 30 years before a hypersonic passenger vehicle will be airborne.

By comparison, the retired Concorde was a supersonic aircraft that traveled at Mach 2, twice the speed of sound. A flight from New York to London took less than four hours.

Last year, Boston-based group Spike Aerospace completed a round of test flights on a prototype aircraft that will eventually be able to reach cruising altitudes of Mach 1.6, ferrying passengers between New York and Tokyo in six to seven hours.

Spike Aerospace says it aims to launch the commercial supersonic aircraft by 2023. JB

Japan envisions cars in the sky by 2020s