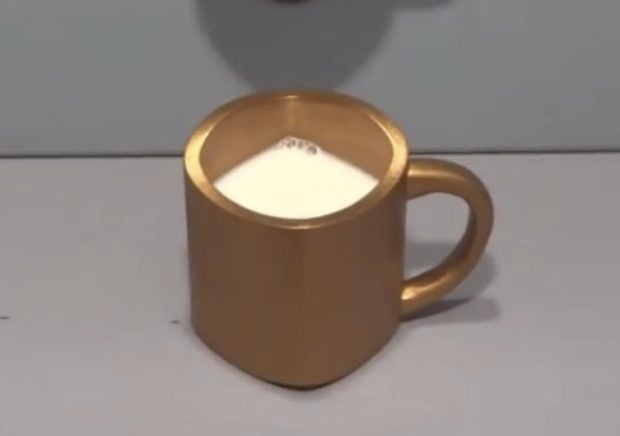 A golden cup on YouTube had viewers scratching their heads while wondering if it’s really square or round.

Puzzle craftsman Tony Fisher uploaded a video of a special gold cup, which he created on Aug. 4. The video clip showed him rotating the cup with an angled mirror positioned slightly above it.

At one angle, the cup appeared to be round on the mirror. After Fisher rotated the cup, it suddenly had a rounder look.

Viewers took to the comment section to indicate what they saw. Opinions were varied, while others tried to explain the mechanics of the illusion. Some simply saw a mug, regardless of the shape. 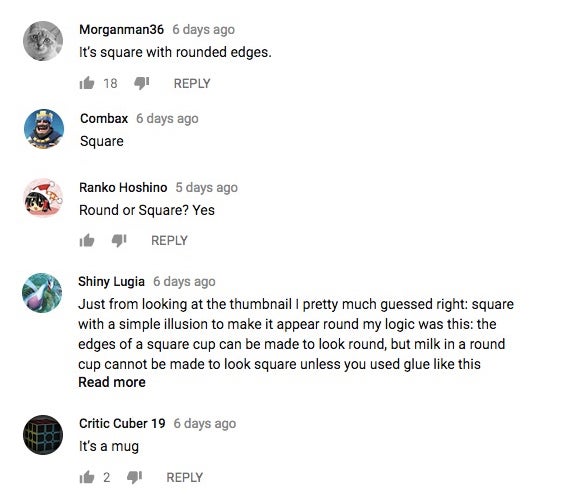 Closer examination revealed Fisher had altered the rim of the cup. Two sides had a bowl-shaped groove, while the other two had higher concave shapes. When viewed at the right angle, the combination of the four shaped sides of the ultimately square mug gave the illusion of roundness on its rim. Fisher attributed the original shape to Kokichi Sugihara and used it to create the mug.

Seeing the golden mug may bring back memories of the old white/gold and blue/black dress debate that popped up sometime in 2015. Rest assured the shape of this mug is the thing in question, not its color.  /ra

WATCH: Cats in Japanese cafe scramble for cover during earthquake