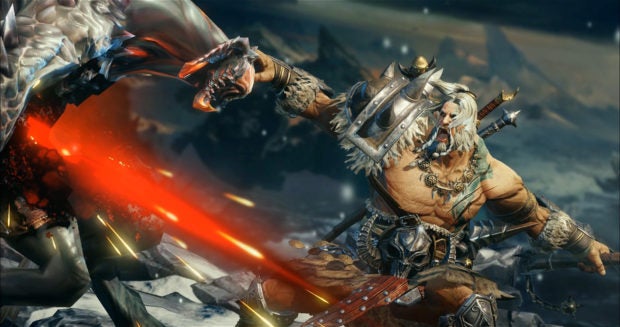 Action role-playing hack and slash game “Diablo” has set its eyes on invading the mobile gaming platform for Android and iOS.

The long-running game franchise from developer Blizzard Entertainment will further expand the “Diablo” lore into the mobile gaming platform on a yet unspecified date as of this writing.

Titled “Diablo Immortal,” the game’s background story sets it in the time between its PC counterparts “Diablo II” and “Diablo III.”

In “Diablo Immortal” the story picks up after the events of the “Diablo II” expansion, “Lord of Destruction,” wherein the World Stone has been shattered into fragments by the hand of the angel Tyrael.

The world stone’s corruption eventually spread through its many shards until events led to the revival of the demon lord Diablo in the events of “Diablo III.” 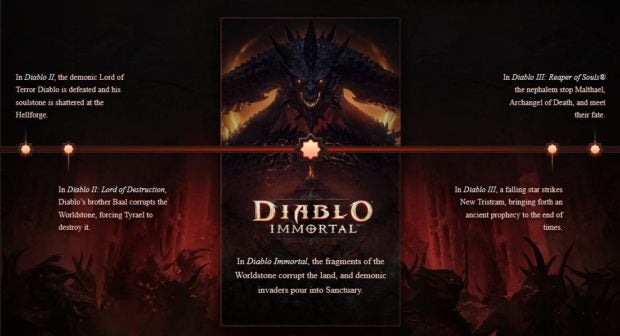 “Diablo Immortal” will be a joint project of Blizzard Entertainment and Chinese game developer NetEase.

The game webpage describes the project as a fully realized massively multiplayer online action role-playing game (MMOARPG) for mobile devices. As such, multiple players can log in and work together to fight the hordes of demons invading the world of Sanctuary.

Release date for “Diablo Immortal” has yet to be revealed, but Blizzard already showcased the line-up of characters gamers can choose from: Barbarian, Monk, Wizard, Crusader, Demon Hunter and Necromancer. Pre-registrations are also now available through this link.

Branding out of its PC origins, the game franchise has since been ported to consoles such as the Xbox 360 and PlayStation 4.  /ra