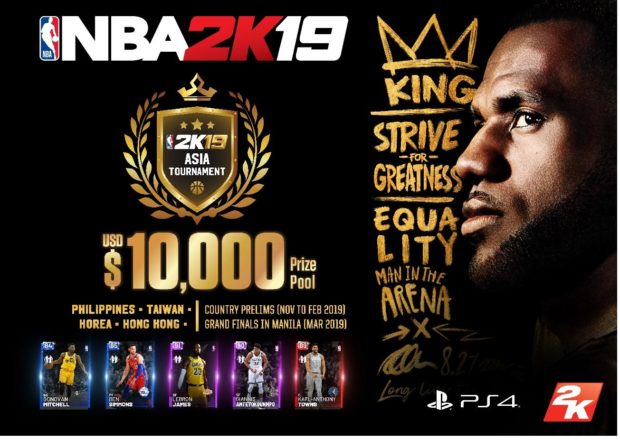 Filipino fans of the sports video game NBA 2K19 will be able to participate in the local qualifiers of the NBA 2K19 Asia Tournament, which will be held in the Philippines, Taiwan, Hong Kong and South Korea from November 2018 to March 2019.

American video game company 2K Games, Inc. and Sony Interactive Entertainment made the announcement on Oct. 25. According to 2K, the top two players from each country will go on to the 2K19 Asia Tournament grand finals to compete for the championship and a prize pool worth $10,000 (over P500,000).

The full rules for the NBA 2K19 Asia Tournament can be found in this link. JB