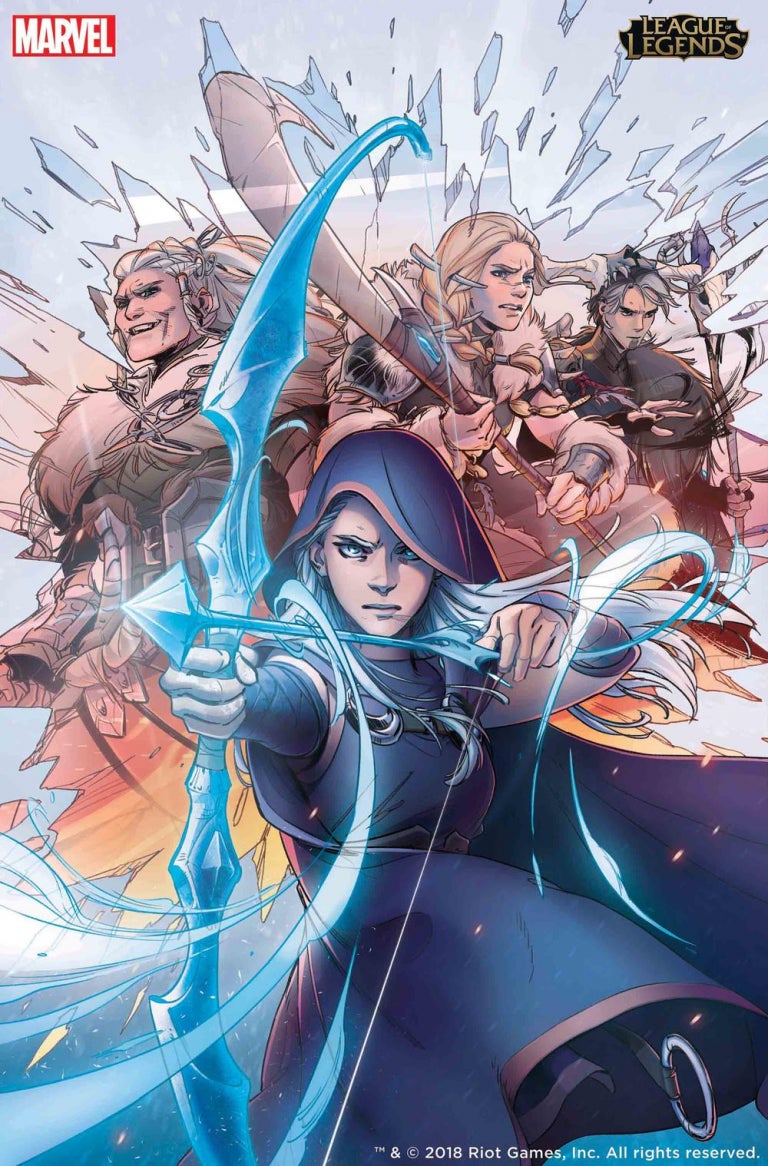 The Marvel-backed adaptation of video game “League of Legends” will arrive on Dec. 19 as a digital comic, with a May 2019 print edition to follow.

Named after female archer Ashe, one of the 140+ characters to feature in online team action strategy “League of Legends”, the comic will tell the story of a warrior “gifted with a magical connection to her frozen homeland-and burdened by her mother’s fanatical expectations.”

The two set out on a quest to discover the truth behind an ancient myth, and in the course of that journey “bonds are broken, secrets come to light, and [fictional Earth] Runeterra is forever changed.”

Both Riot’s head of creative development, Greg Street, and Marvel’s editor in chief, C.B. Cebulski, drew comparisons between the extensive character rosters of the Marvel Universe and “League of Legends”.

Mac and PC game “League of Legends” was first released in 2009 by California-based Riot Games and, since then, has accumulated over 100 million active monthly players.

The 2018 World Championship finals distributed $2,250,000 in prize money over the course of a month-long South Korean event, with Chinese, European and North American teams making it through to the final four. JB