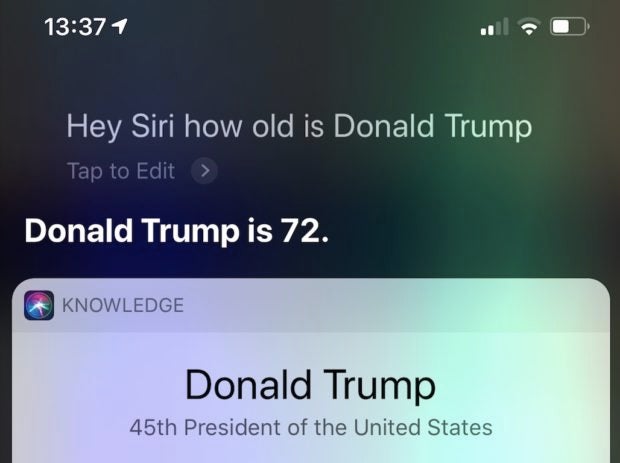 Virtual assistant Siri surprised Apple users after it pulled up the picture of a penis when it was asked about US President Donald Trump.

The Apple virtual assistant made this mistake after vandals altered the image of Trump on the Wikipedia page, according to a website editor’s statement to The Verge.

The editor stated that the vandals have been blocked indefinitely.

A screengrab of the vandalized Wiki post also popped up on a subreddit called r/SiriFail dedicated to documenting Siri’s various mistakes over the years since it was released on the iOS.

Reddit user “u/Throwaway28536” shared the screengrab with a [NSFW] tag attached to it.

The incident had impeccable timing as well, since it occurred on the US Thanksgiving holiday, during which Trump pardoned the turkeys Peas and Carrots from being served for dinner as part of a White House tradition.  Alfred Bayle /ra