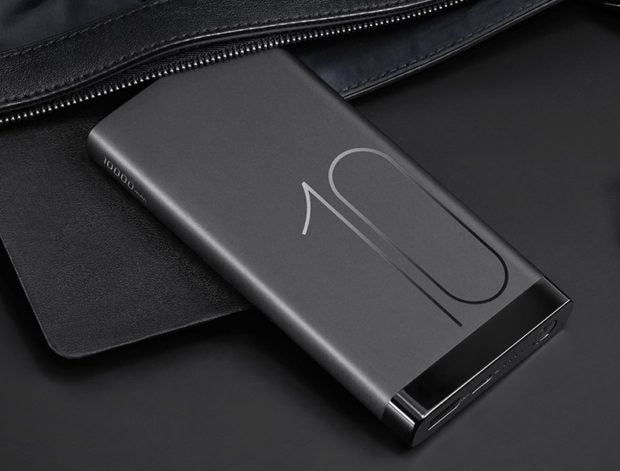 Huawei pulled a fast one over Apple when the company started giving out free power banks to people lined up to purchase a new iPhone in Singapore.

The event took place on the eve of Sept. 20 at Apple’s flagship Orchard Road store, the night before it opened its doors to customers. A long line of fans had camped outside the Apple store for a chance to be among the first to get one of the latest iPhones, reports CNET.

As people waited in line, Huawei representatives started giving out over 200 10,000-milliampere power banks for free. If that wasn’t cheeky enough, the Chinese phone maker also added a custom message on the free powerbanks’ packaging, which read, “Here’s a power bank. You’ll need it. Courtesy of Huawei.”

The company said the handouts were offers of “respite from the weather and grueling wait.” Singapore’s weather is known to go into the extremes, while the wait outside Apple stores following the launch of a new iPhone tend to be very long. The combination of both factors have the potential to test a person and his current smartphone’s endurance.

It is also worth mentioning that battery capacities for the iPhone XS and iPhone XS Max are 2,658 and 3,174 milliamperes, respectively. Meanwhile, Huawei’s flagship P2 Pro boasts a generous 4,000-milliampere battery pack.

Huawei recently passed Apple as the second-biggest smartphone seller in July, according to a report by technology analyst company Canalys. Samsung maintained its position at the top at the time of the report.

Meanwhile, some Huawei users criticized the company on its Facebook page for handing out S$98 (around P3,900) power banks to iPhone users for free instead of  Huawei users.  Alfred Bayle /ra