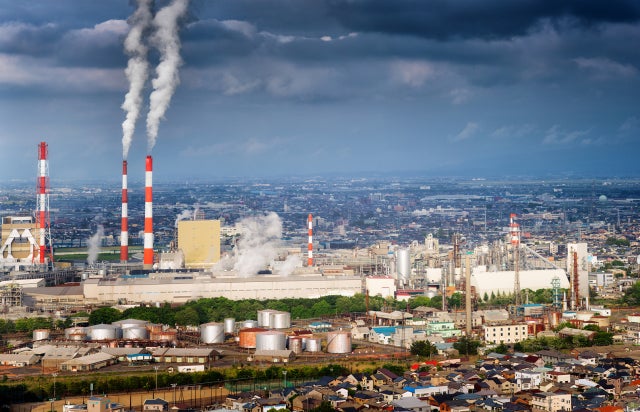 New United States research has found that rising levels of ozone and fine particulate pollution, also known as PM2.5, are linked with an increase in the number of people visiting emergency rooms (ER) with breathing problems.

Carried out by researchers at the Centers for Disease Control and Prevention (CDC), the University of Nevada and the University of Emory, the new research is the largest U.S. study so far to investigate the effect of air pollution on the number of respiratory ER visits made by patients of all ages, including visits for asthma, chronic obstructive pulmonary disease (COPD) and respiratory infections.

The researchers looked at the levels of the two pollutants in 869 counties in the week before a visit to ER for a breathing problem, with the study including nearly 40 million ER visits and representing 45 percent of the U.S. population.

The findings, published online in the American Journal of Respiratory and Critical Care Medicine, showed that there was an association between ozone levels and rates of respiratory ER visits, including visits for asthma, acute respiratory infections, COPD and pneumonia, among all age groups, with the strongest association found in adults under age 65.

Moreover, as the level of ozone increased, so did the rates of ER visits among all age groups.

Again, an increase is levels of PM2.5 was also linked with an increase in the rate of ER visits among both children and adults under 65.

“Previous studies of ER visits related to respiratory illness have shown that children are particularly susceptible to air pollution, but those studies were mostly confined to a single city,” said study author Dr. Heather M. Strosnider.

Ozone, the main ingredient of smog, and PM2.5 are two important forms of air pollution in the U.S. JB

TOPICS: air pollution, breathing problems., emergency room, particulate matter, Pollution
Read Next
EU’s antitrust cop lays groundwork for more tech scrutiny
EDITORS' PICK
BFP raises general alarm over Mandaluyong fire
Someone from the Philippines can become $356 Million richer this Tuesday
Cherry Mobile teams up with Cloud Panda PH, launches online store
Leveling up your ‘lutong bahay’ with the kitchen companion you never knew you needed
Bato de la Rosa, Risa Hontiveros back bill increasing female recruitment quota in PNP
Quarantine violations still punishable despite deleted provisions in ‘Bayanihan 2’ – Bato dela Rosa
MOST READ
‘If I had not been SolGen, I will make you eat your words,’ Calida tells Coco Martin
5 car dealership outlets shutting down
51 percent of German firms holding back investments in PH, but not because of COVID-19
Quarantine passes no longer required under GCQ, but curfew remains
Don't miss out on the latest news and information.