Spotify has stealthily released an option to mute certain artists on its mobile app, a much-requested feature that comes amid calls to remove music from artists like R. Kelly over abuse allegations.

The new button, first reported by tech news site Thurrott, allows users of the streaming service to prevent any artist from automatically playing by selecting “Don’t play this artist” from a menu on the artist’s page. 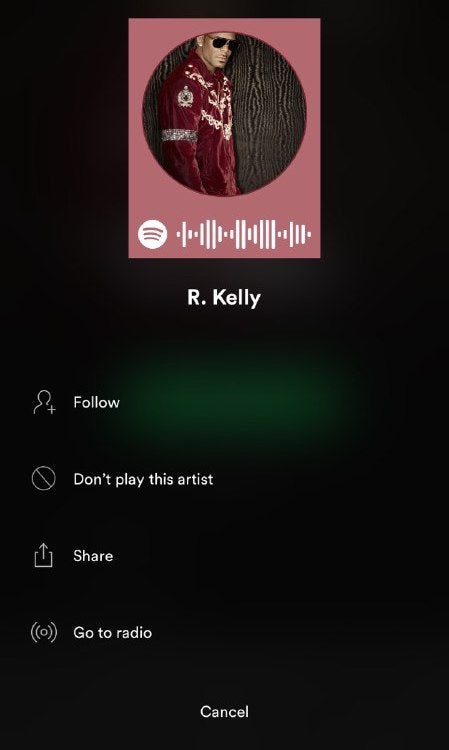 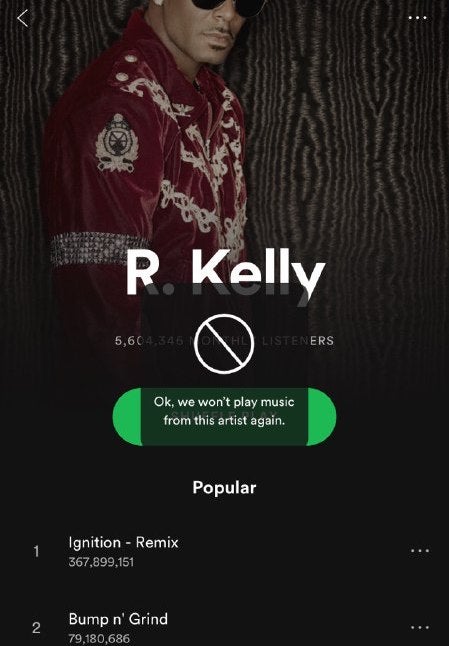 The feature does not appear to be available on desktop or browser versions of Spotify, which did not immediately respond to an AFP request for comment.

The Sweden-based music company removed several artists including Kelly from its curated playlists last year, as outrage grew over sexual assault allegations against the R&B star, spawning the #MuteRKelly movement.

But Spotify restored Kelly and others amid criticism that the move was overly moralizing.

Pressure to shun Kelly has gained pace in recent weeks, however, after the “Surviving R. Kelly” documentary aired earlier this month and brought accusations against the singer back to the fore.

Sony Music broke ties with the embattled singer — known for megahits like “I Believe I Can Fly” — last week, according to U.S. media, ending his contract with subsidiary RCA.

And a handful of stars including Lady Gaga, Celine Dion and Chance the Rapper have apologized for working with the artist once considered a pop genius, pulling their collaborations with him from some or all streaming platforms.

Multiple women have accused Kelly of a range of crimes including sexual battery, false imprisonment and having sex with minors. NVG

Soon, you’ll have 10 minutes to ‘unsend’ a Facebook message