In an interview with Fast Company, the creative director of Google’s emoji program announced that the company is launching 53 new gender fluid emoji this week for Pixel phones as part of a beta release. 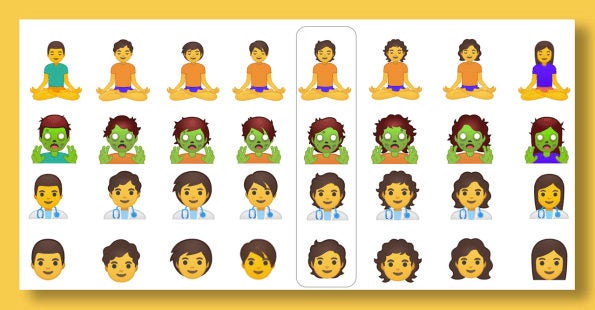 Google chief emoji director Jennifer Daniel outlined on Tuesday that 53 gender ambiguous emoji are coming to Android users; later this week, the new icons will be launched as part of a beta test for Pixel users — they will roll out devices powered by Android Q later this year.

“We’re not calling this the non-binary character, the third gender, or an asexual emoji — and not gender neutral. Gender neutral is what you call pants,” Daniel stated.

Not only will the selection of human faces be expanded to be more inclusive, but also all humanoid icons like zombies, merpeople, and weightlifters will have a gender ambiguous option.

Daniel, who is a member of the organization that sets core emoji standards Unicode consortium, stated that 64 of the emoji in the library were designed to be gender ambiguous, but Google, Apple, and Samsung designed their own iterations to signify genders.

As tech companies all design their emojis based on Unicode consortium’s collection, we can expect to see Apple, Facebook, and Samsung follow in Google’s footsteps and launch their own iteration of these gender fluid emoji. RGA/JB

Apple promises over 70 new emoji, including a lobster and a mooncake