This week’s video game releases: ‘Rage 2’, ‘A Plague Tale’, ‘The Gardens Between’ 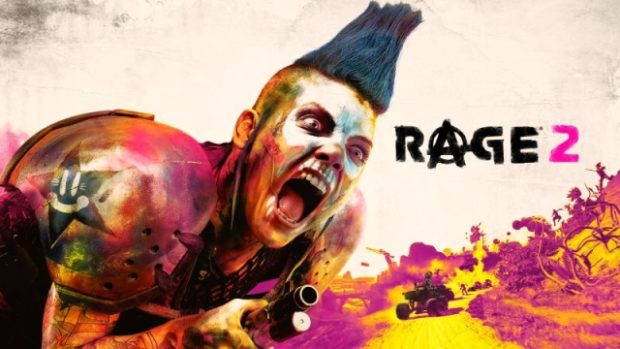 Lean into it: ‘Rage 2’ has won praise from shooter fans happy to ignore its non-combat portions. Image: Avalanche Studios/Bethesda Softworks

“Rage 2” chucks its story out of the window in favor of exceptional gun combat, dream state puzzle adventure “The Gardens Between” wanders onto iPhone and iPad, and “A Plague Tale” makes a desperate dash across disease-ridden historical France. Then there’s the daft and furious shoot ’em up “Octogeddon” and grisly survival horror “Darkwood”.

The Gardens Between for iOS

Guide two friends on a surreal dream-state journey based on their own memories of childhood and each other, in a land where time is malleable and the future of a friendship is unfolding. Well received as a computer and console release with a Very Positive Steam user rating, an 82 (PC), 80 (XBO), 74 (PS4) and 79 (Switch) on Metacritic and a 78 OpenCritic average.

The creator of “Plants vs. Zombies” returns with his funny take on side-scrolling action games — you’re an uppity octopus monster angered by crimes against octopus-kind and embarking on a massive rampage, wielding a multitude of weapons with the aim of destroying the world. Launched on PC in 2018 to strong reviews, with an 80 on OpenCritic, 82 on Metacritic, and a Very Positive Steam user rating.

Rectifying the drabness of its post-apocalyptic predecessor with a double-barrelled blast of neon, while the superpower-charged gun combat is so strong that its relatively (purposely?) weak story and dialogue can or should be ignored. Come for the shooting, stay for the shooting. 72 on OpenCritic, and a 69 (PS4), 73 (PC) and 74 (Xbox One) on Metacritic, and a Mixed reception from Steam users.

A Plague Tale: Innocence for PC

Single player buddy adventure set during 1340s France as the ratborne Black Death spreads across the country. Amica and her little brother Hugo are fleeing the Inquisition, sneaking their way through a ravaged land and using fire and light to repel rats away or herd them to their advantage. Well received with an 81 on Opencritic and Metacritic, and a Very Positive rating from Steam users.

Darkwood for PlayStation 4, Xbox One and Switch

Explore a terrifying vision of a Soviet Bloc wasteland, infested with awful creatures — as well as the materials you need to keep them at bay. Budget-priced birds’ eye view survival horror that had enough substance to merit an 80 on OpenCritic and Metacritic, and a Very Positive Steam user rating from a 2017 PC release. CC