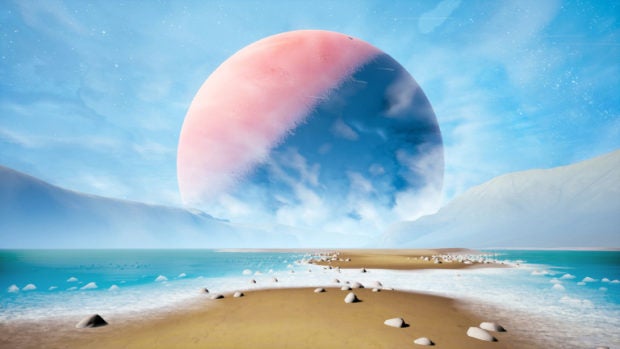 “Epitasis” was created by a single student developer with financial help from a community of Kickstarter backers. Image: Epitasis Games via AFP Relaxnews

For iOS and Android

Successful crazy golf franchise “Super Stickman Golf” has leveled up and is back under a new name with a steadfast multiplayer focus. Take customizable golfers out on wild two-dimensional courses and use power-ups for maximum gain, with team leaderboards, upgradable skills and a spectator mode also in play.

For Nintendo Switch, Xbox One

Take the princess Ashe and wannabe sky pirate Vaan on an adventure across Ivalice in search of personal and national freedom. Though “Final Fantasy VII” is often said to be the franchise standout for its all-round excellence, “FF XII” has been winning more and more admiration after this 2007 “Zodiac Age” expansion and recalibration was re-released on PlayStation 4 (2017), PC (2018), and now Switch and Xbox One.

For Mac and PC

A puzzle game that takes place amid the ruins of an ancient alien civilization. Discover how the planet’s machines and technology work and gradually learn the reasons behind its inhabitants’ disappearance. Made by a solo developer over the course of three years. virtual reality (VR) plus PlayStation 4 and Xbox One editions to follow.

“Tales of the Neon Sea”

As an ex-cop and occasional private investigator in the cyberpunk future, dig up the details of an unsolved murder case and turn to the city’s cats for help in unlocking hidden memories and tracking down the killer, still at large. PlayStation 4 and Nintendo Switch editions are on the way.

“Close to the Sun”

Taking place in an alternate timeline where Nikolai Tesla’s ambitious laboratory project was fulfilled as a floating haven for the world’s best and brightest, a non-combative adventure that leverages horror themes for tension and references the Greek legend of Icarus throughout.

Bloodsoaked and technically complex Middle Ages infantry combat already has an established and enthusiastic fanbase thanks to 2012’s “Chivalry: Medieval Warfare”. Here, “Mordhau” steps up to the challenge of providing a satisfactory successor that adds a new layer of combat prowess. CE/CC