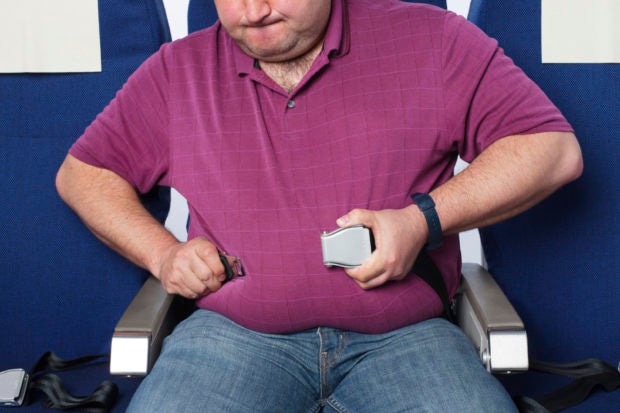 Men who tend to store fat around the abdomen may have a higher risk of advanced prostate cancer, according to new research. Image: iStock/Oktay Ortakcioglu via AFP Relaxnews

New research has found that how a man’s body fat is distributed could affect his risk of developing aggressive prostate cancer.

Carried out by researchers at the Harvard T.H. Chan School of Public Health with the National Institute on Aging, University of Iceland, the Icelandic Cancer Society and the Icelandic Cancer Registry, the new study looked at 1,832 Icelandic men and assessed their risk of being diagnosed with or dying from prostate cancer.

Participants were then followed for up to 13 years.

Having a higher BMI and higher waist circumference was also associated with an increased risk of both advanced and fatal prostate cancer.

In addition, the team found that men with a leaner BMI but with visceral fat also had a higher risk of both advanced and fatal disease.

“Interestingly, when we looked separately at men with a high BMI versus low BMI, we found that the association between visceral fat and advanced and fatal prostate cancer was stronger among men with a lower BMI. The precision of these estimates was limited in this subgroup analysis, but this is an intriguing signal for future research,” said lead author Barbra Dickerman, PhD.

The team noted that the World Cancer Research Fund says there is “strong evidence” of a link between obesity and the risk of advanced prostate cancer. They add that further research is now needed to investigate how fat distribution, and how it changes over time, may also affect the disease.

“Ultimately, identifying the patterns of fat distribution that are associated with the highest risk of clinically significant prostate cancer may help to elucidate the mechanisms linking obesity with aggressive disease and target men for intervention strategies,” said Dickerman. HM/JB

Eating blueberries could be good for your heart