After enthusiasm for “Watch Dogs Legion” suggested that heroic action-grandmas should appear more regularly in video games, indie game “Orange Island” has launched its own Kickstarter to immediate success. 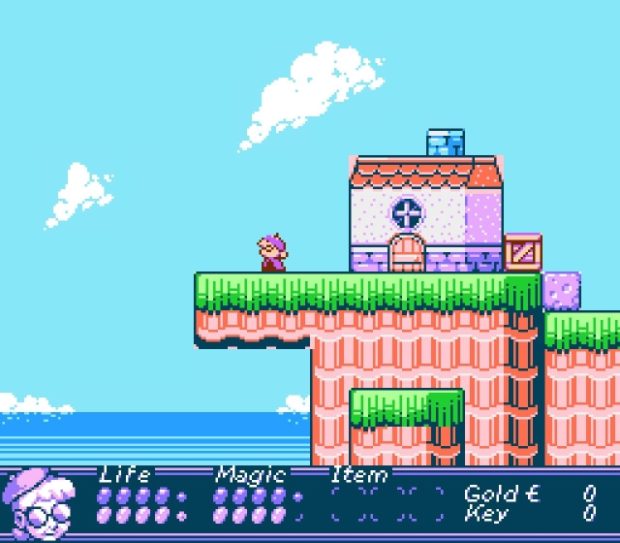 One of the big reveals from Ubisoft’s E3 2019 mid-June showcase was “Watch Dogs Legion”, an open-world adventure game in which players recruit and play as a team of revolutionaries made up of ordinary Londoners.

Featuring in the trailer and gameplay videos for “Watch Dogs Legion”, elderly hero Helen does not let an authoritarian government get her down.

Her response to a near-future dystopia involves rolling herself precariously over waist-high barriers, hobbling government enforcers with surprising efficiency, and tottering dauntlessly between mission waypoints as fast as her arthritic limbs allow.

But as “Watch Dogs Legion” prepares for a March 2020 arrival, there is “Orange Island” to consider in a burst of color and at a fraction of the price.

Today would have been my grandma's 104th birthday! My whole game pretty much revolves around her.

Mary has a history with the island’s population of slime creatures, and it is up to the brave quintet to save her and restore peace to the wider region.

Appropriately, it could even find a home on the vintage Nintendo Entertainment System (NES) should stretch goals be met.

Helping Ted make the game he dreamed of playing as a child are a crew of pixel artists, illustrators, and musicians, including Hiroki Kikuta, composer from the iconic “Secret of Mana”.

A Steam store entry is live for those that want to wishlist “Orange Island” before release. RGA/JB