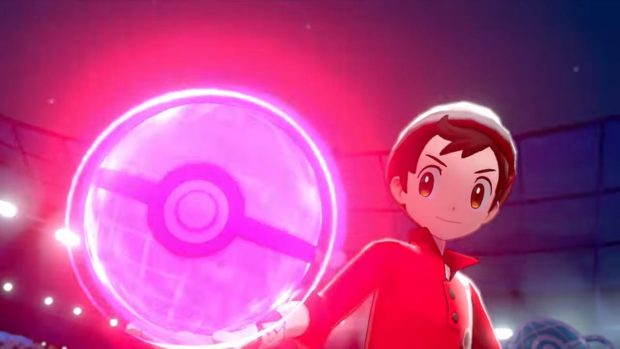 A new video for November’s “Pokémon Sword” and “Pokémon Shield” on Nintendo Switch shows off a handful of Pokémon and two version-exclusive characters as well as a new move, Gigantamaxing, that scales up arena battles even more than usual.

For a limited time, purchase the downloadable version of #PokemonSwordShield and receive a special code for 12 Quick Balls, perfect for catching Pokémon right at the start of a battle. pic.twitter.com/ukP9Vd7SJv

Franchise fans and potential players had already been introduced to the Dynamax ability of “Pokémon Sword and Shield”, a special move that has battling Pokémon drastically increased in size.

The Gigantamax ability goes even further, creating veritable colossi out of the normally pocketable creatures.

Only specific species can Gigantamax, and within those species only rare specimens will have the ability, the Pokémon website explained in an update accompanying the July 8 trailer.

Some members of the game’s Drednaw and Corviknight species will be able to Gigantamax as well as Dynamax, the post explained, while the trailer also showed strawberries and cream-themed fairy Alcremie exhibiting the ability.

Not confirmed as Dynamax or Gigantamax Pokémon, but likewise, newcomers to the “Sword and Shield” Galar region, the games’ stand-in for Great Britain, are Yamper, scamp of a puppy with a heart-shaped pattern on its rear end, rocky Rolycoly, which can hurl opponents sky-high, and roaring steel dragon Duraludon.

Though “Pokémon Sword” and “Pokémon Shield” are largely similar, each has not only several exclusive Pokémon creatures, thus promoting players to trade among themselves, but also exclusive Gym Leaders to challenge.

Bea, introduced in the new trailer as exclusive to “Pokémon Sword”, is an expert in training and deploying fighting-type Pokémon, while Allister is adept with ghost-type creatures.