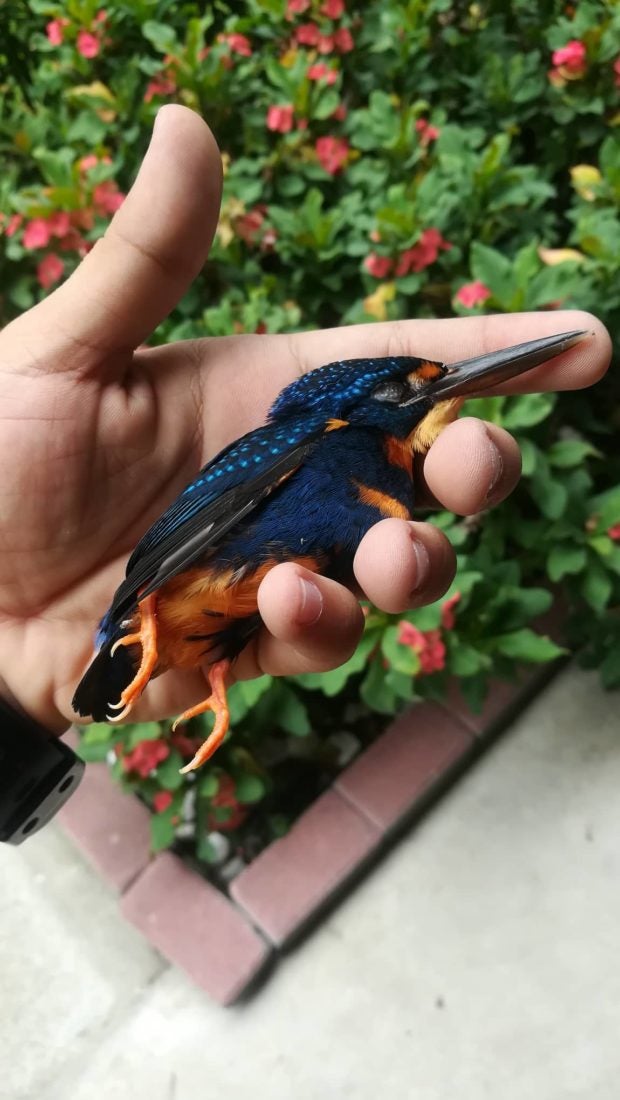 An Indigo-banded kingfisher was found and rescued in De La Salle University – Dasmariñas after it bumped into the glass door of the library on Wednesday, July 31. Image: courtesy of Nian Beceril

It has a scientific name Alcedo cyanopectus, and belongs to the Alcedinidae family of bird species.

In a Facebook post by Nian Beceril, a member of DLSU-D Senior High School STEM Research Faculty, he said that the bird fell to the ground after it bumped into the glass door of the library. Luckily, the bird did not obtain any injuries from the fall.

ATM: An Indigo-banded kingfisher (Alcedo cyanopecta) was found and rescued near the entrance of the JHS LRC of DLSU-D….

The bird of its type is endemic in the Philippines, particularly in Luzon, and is locally common inhabitant of the northern and central islands. Subtropical or tropical dry and mangrove forests, and clear freshwater streams are its natural habitat, and it can also be found in satellite areas of Mindoro, Panay, Negros and Cebu.

Beceril told INQUIRER.net that a bird expert even messaged him and said he was lucky enough to be able to touch the indigo-banded kingfisher, because it is elusive.

He also acknowledged his colleagues, Catherine Umipig, for calling out his attention as she first noticed the injured bird, as well as Pol Cariño who helped him in verifying the bird’s identification. 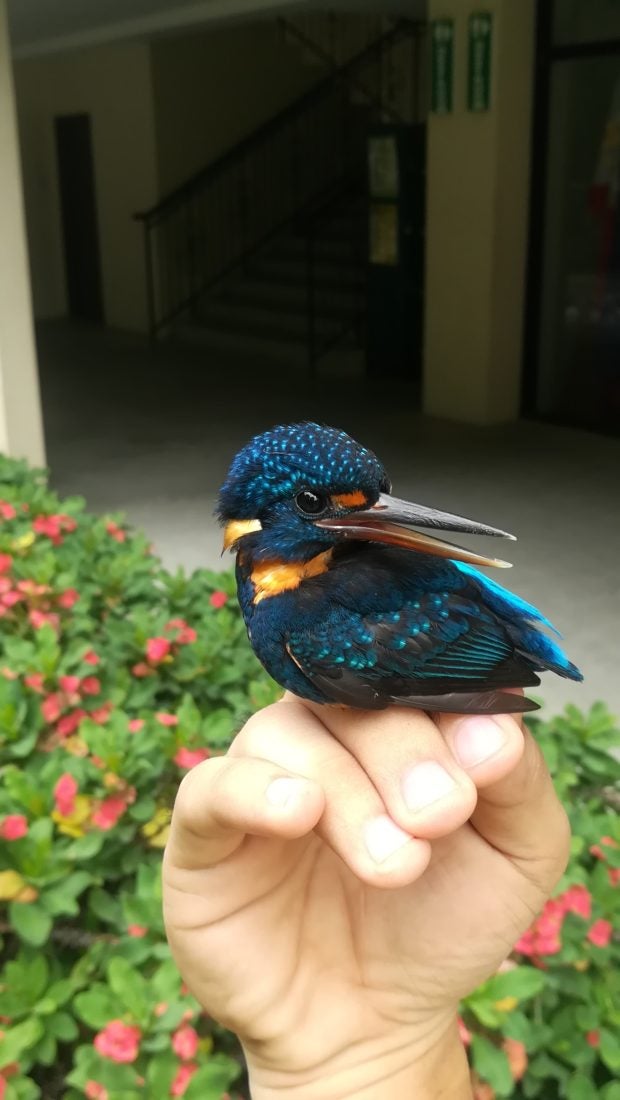 After properly handling and documenting it in the research faculty, the bird was released back to its habitat.

“DLSU-D has been a home to diverse species of birds. May we continue to nurture DLSU-D’s biodiversity and promote an ecologically balanced university,” Beceril added at the end of his post.