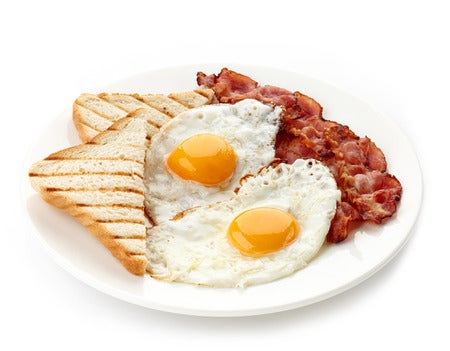 Many myths continue to swirl around the idea of breakfast. Is there an ideal time to eat in the morning in order to avoid gaining weight? Is it really the most important meal of the day? There are numerous studies on the subject and many contradict one another. Nutritionists do tend to agree that its importance varies according to individuals: some absolutely need to eat breakfast, while others are able to skip it.

A new study published in Scientific Reports, however, suggests that there is a connection between bad dietary habits and an increased risk of being overweight for adolescents. By analyzing data from two large surveys performed in Europe and in Brazil among 3,528 teenagers between 2006 and 2007, researchers from the University of Sao Paulo’s School of Medicine, in collaboration with several European institutions, explored the ways dietary habits can impact adiposity (fat storage) and metabolism in teenagers.

A questionnaire regarding alimentary preferences and lifestyle habits was given to each participant, with a specific section in which they were asked to specify the frequency in which they skipped breakfast. Sleep duration and eating habits while being sedentary, especially while spending time in front of a screen, were also taken into account.

Skipping breakfast was the food behavior most associated with obesity in both European and Brazilian boys and in European girls, even those with satisfactory sleep habits. According to the authors of the study, not eating breakfast at home in favor of a quick snack grabbed on the way to school or during the lunch hour can lead to an unbalanced diet, which could make adolescents more likely to gain unhealthy amounts of weight.

“By skipping breakfast, millions of children and adolescents around the world are probably replacing a more healthy homemade meal including dairy products, whole-grain cereal and fruit with fast food at a venue on the way to school, or at the school itself,” said epidemiologist Elsie Costa de Oliveira Forkert, a member of the Youth/Child Cardiovascular Risk and Environmental (YCARE) Research Group in FM-USP’s Preventive Medicine Department and principal author of the study.

“This typically means consuming industrialized hypercaloric foods of low nutritional value, such as deep-fried snacks, pastries, sodas and other sugary drinks, which are all directly associated with the development of obesity,” said Forkert.

This study does not establish that simply skipping breakfast leads to weight gain, especially as the results rely on observations and survey questions filled out by the participants themselves. However, it does highlight the risks of poor diet and sedentary habits for today’s adolescents. JB

LOOK: Prince Charles is opening a bed-and-breakfast in Scotland this May