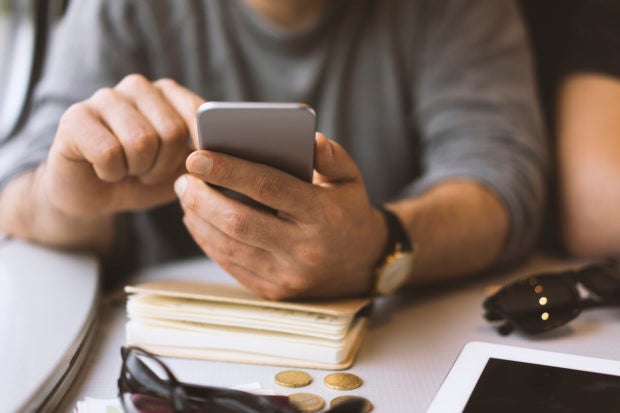 Using your phone during a break from a mentally challenging task may prevent your brain from recharging, according to new research. Image: iStock/TARIK KIZILKAYA via AFP Relaxnews

If you want to take a break and recharge from mentally challenging work, then it is best not to look at your phone, according to a new study in the United States.

Carried out by researchers at Rutgers University, the new study recruited 414 participants and gave them sets of word puzzles to solve.

The findings, published in the Journal of Behavioral Addictions, showed that the participants who took a break with their cell phone showed the highest levels of mental depletion and were among the least capable of solving the puzzles quickly and correctly afterward.

More specifically, participants who took a break on their cell phone took 19% longer to complete the rest of the word puzzle task and solved 22% fewer puzzles than did those in the other break conditions combined.

In fact, the speed and efficiency of the participants who took a break with their phones were comparable to those who took no break.

The researchers say that the results suggest that using a cell phone during a break does not allow the brain to recharge as effectively as the other types of breaks, and could result in poorer performance.

“The act of reaching for your phone between tasks, or mid-task, is becoming more commonplace. It is important to know the costs associated with reaching for this device during every spare minute. We assume it is no different from any other break, but the phone may carry increasing levels of distraction that make it difficult to return focused attention to work tasks,” said Terri Kurtzberg, co-author of the study.

“Cellphones may have this affect because even just seeing your phone activates thoughts of checking messages, connecting with people, access to ever-refilling information and more, in ways that are different than how we use other screens like computers and laptops,” she added. HM/JB

TOPICS: brain activity, Cellphones, mental health, United States, Work
Read Next
Exposure to pollution from vehicle exhausts linked to higher risk of common eye condition
EDITORS' PICK
LIST: What to expect in areas under GCQ, MGCQ
PNP to maintain checkpoints during GCQ to ensure compliance to health protocols
Notice of 2020 regular meeting of stockholders June 18, 2020
DOTr bares 2 phases of public transport revival in GCQ areas
SM prepares for ‘safe malling’
Leveling up your ‘lutong bahay’ with the kitchen companion you never knew you needed
MOST READ
LIST: What to expect in areas under GCQ, MGCQ
DOH explains: Only 109 of record-high 539 COVID-19 patients were ‘fresh cases’
Duterte approves Metro Manila’s shift to GCQ starting June 1
300 buses to resume operations in NCR by June 1 — Año
Don't miss out on the latest news and information.