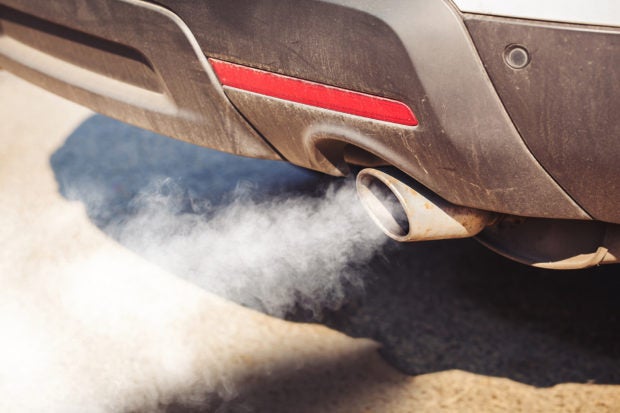 Exposure to high levels of pollutants from vehicle exhaust may be linked to an increased risk of a common eye condition. Image: iStock/ByoungJoo via AFP Relaxnews

New research has found that long term exposure to high levels of pollutants from vehicle exhausts appears to be linked to an increased risk of the common eye condition age-related macular degeneration (AMD).

Carried out by researchers at China Medical University Hospital, Taiwan, the new study looked at 39,819 participants over the age of 50 who were free of AMD and who lived mainly in highly (30%) or moderately (32.5%) urbanized areas.

Using air quality data the researchers calculated each participant’s total exposure to the pollutants nitrogen dioxide (NO₂) and carbon monoxide (CO) from 1998 to 2010 and whether there was a link with a heightened risk of AMD, which a total of 1,442 people developed during the 11-year follow up.

The findings, published online in the Journal of Investigative Medicine, showed that after taking into account potentially influential factors, such as age, sex and underlying illnesses, those with the highest level of exposure to NO₂ were nearly twice as likely (91%) to develop AMD as those exposed to the lowest level.

The highest rate (5.8%) of newly diagnosed AMD was also found among people living in the area with the highest level of CO exposure.

The researchers stress that as an observational study the findings do not show cause and effect. They also add that the study failed to include other risk factors for AMD, such as smoking, genetics and inflammation, which may have affected the results.

However, they added that the study is the first of its kind to “demonstrate a significant association between AMD and high levels of ambient NO₂ and CO.” They also note that recent research has suggested that NO₂ may negatively affect cardiovascular and neurological health, and as the retina is part of the central nervous system, there may be a plausible biological explanation for why the retina is vulnerable to this pollutant.

Previous studies have also shown that air pollution increases the risk for the eye condition conjunctivitis.

AMD is a neurodegenerative condition that affects the middle part of the retina and causes loss of central vision, affecting everyday abilities such as seeing faces, driving, reading and writing. The disease is more likely to occur after the age of 50, and it is believed AMD can be caused by interactions between genetic and environmental risk factors. There is currently no known cure. HM/JB