'Planfulness' could predict how often you exercise | Inquirer Technology

New research has found that having a personality trait called “planfulness,” which is related to how well you plan and focus on long-term goals, could mean you are more likely to exercise. 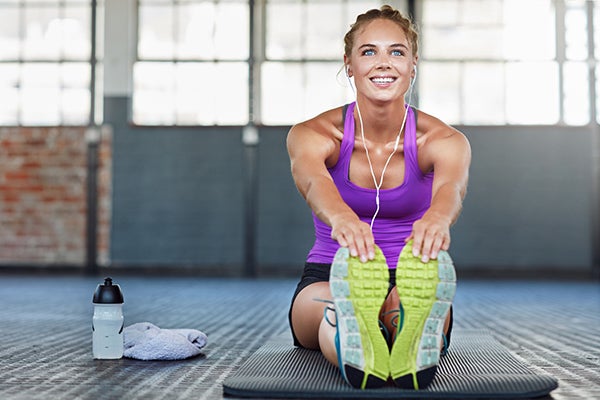 Carried out by researchers at the University of Oregon in the United States, the study looked at 282 participants, many of whom were students, and tracked their gym attendance over two semesters, which was a total of 20 weeks.

The participants were asked to complete measures of self-control and grit, the Big Five Inventory of personality and the researchers’ own 30-item planfulness scale to measure this personality trait, which describes a person’s ability to make short-term sacrifices to pursue and successfully achieve long-term goals. They were also asked to provide a written description of their exercise plan.

The findings, published in Psychological Science, showed that all participants experienced a similar decline in their gym attendance over the two semesters.

However, those who had rated higher for planfulness, which was shown by agreeing with statements on the planfulness scale such as “developing a clear plan when I have a goal is important to me,” went to the gym more throughout both semesters compared to those who ranked themselves lower on planfulness.

The researchers commented that the findings suggest that the planfulness scale is a valid measurement for predicting goal achievement, and that those who are able to make a firm plan to meet their goals do appear to engage in more physical activity compared to those who do not plan so far ahead.

The trait conscientiousness, which is a measure of an individual’s orderliness and dependability on the Big Five Inventory of personality, has also been linked with healthy behaviors, noted the researchers.

“There indeed appears to be a certain way of thinking about goals that correlate with long-term progress,” says lead researcher Rita Ludwig. “What’s new in this study is that we used an objective measure of goal progress that could be recorded as participants naturally went about their lives: their check-ins at a local gym.”

The results also showed a small, but significant relationship between participant planfulness and the level of detail in their written physical activity plans, although there was no relationship between the descriptiveness of the plans and gym attendance, a finding which surprised the authors.

“It seems logical that people who are successful with their goals would be able to write in detail about their planning process,” Ludwig said. “We were surprised, then, to find no relationship between people’s goal pursuit behavior and how they wrote about their goals.” They add that future studies could help explain these findings. RGA/JB