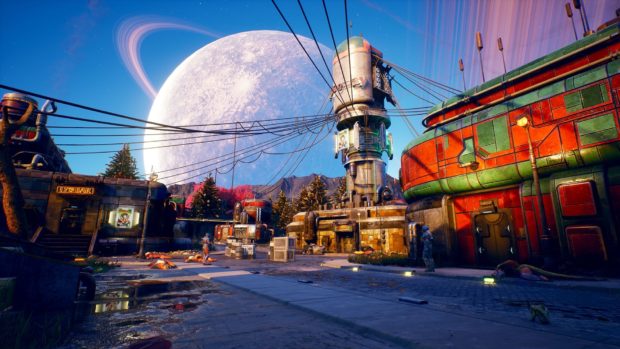 A reimagined “Modern Warfare”, the 2007 franchise entry that revitalized the series as a whole, promising a single-player campaign with its own weighty, disturbing moments, plus overlaps with co-op and multiplayer modes, which feature console and PC cross-play, two-versus-two gunfights, 64-player Ground War, and the new Spec Ops co-op in addition to classic game types. Survival mode stays exclusive to PS4 for a year.

Available in PlayStation 4, Xbox One and PC from Oct. 25.

You have woken up from cryosleep but drifted off course into the far reaches of colonized space. Sci-fi action adventure with plenty of character customization and mid-mission decisions, highly anticipated thanks to its blend of elements from the established “Fallout”, “Mass Effect” and “Star Wars: Knights of the Old Republic” games.

Available in PlayStation 4, Xbox One and PC from Oct. 25.

Looking a little more like a traditional hack-and-slash action-adventure than the origami-style “Epistory” but, as with its novel predecessor in the Typing Chronicles saga, interaction is primarily through spelling out words on a keyboard. High hopes thanks to the quality of “Epistory”.

The developer of horror-comedy anthology “Lakeview Cabin” puts forward this creepy alternative to otherwise gentle life simulation games. Here, instead of getting to know the neighbors and planting crops, some of the town’s other residents are getting up to some very bad things — and if you want, you can too.

Available in Mac and PC from Oct. 22.

A jolly action-oriented graveyard tale of feeble hero Sir Daniel Fortesque resurrected in skeletal form and given a second opportunity to slay the evil wizard Zarok. It is the remake of the 1998 original.

Available in PlayStation 4 from Oct. 25.

A plethora of game modes showcases a quartet of powerful female wrestlers known as the Four Horsewoman, a Roman Reigns spotlight, plus an extensive career path for women’s wrestling to complement the existing men’s track. Unfortunately, “WWE 2K20” has been plagued with bugs, glitches, incomplete rosters and inconsistent wrestler likenesses at launch.

Available in PlayStation 4, Xbox One and PC from Oct. 22. CL/JB