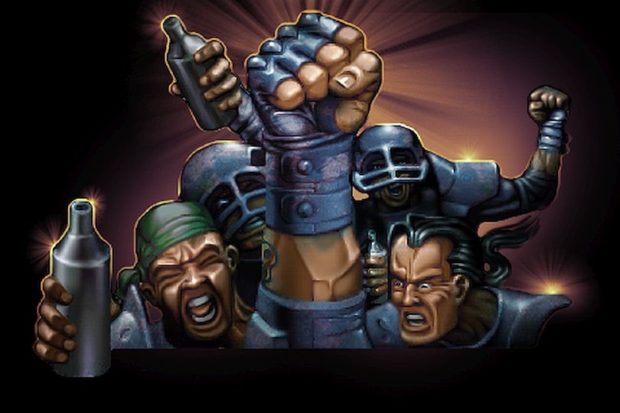 Some of the 16-bit era’s most classic franchises are now in the hands of an active game studio, after Rebellion Developments announced its acquisition of the Bitmap Brothers portfolio which includes critically acclaimed franchises “Speedball”, “Xenon” and “The Chaos Engine”.

Rebellion, best known for its action games “Aliens versus Predator”, the “Sniper Elite” franchise and the “Zombie Army” trilogy, has bought the brand and back catalog of another British studio, The Bitmap Brothers.

Founded in 1987, The Bitmap Brothers established itself through the acclaimed 1988 releases of vertical-scrolling spaceship shoot ’em up “Xenon” and brutal futuristic sports simulator “Speedball”.

The studio then tackled the action-adventure genre through “Cadaver”, with all three debut titles receiving sequels in short order.

“Gods” and “Magic Pockets” (both 1991) brought hugely contrasting aesthetics to the platform adventure genre, with “The Chaos Engine” an essential action title and “Z” bringing a new twist to the real-time strategy format.

Rebellion referred to “Xenon”, “Z: Steel Soldiers”, “Speedball” and “The Chaos Engine” by name in its announcement, outlining plans to “bring classic The Bitmap Brothers games to new platforms,” and to “create new titles based on its beloved licenses.”

Rebellion has made a number of other notable expansions over the past two years, not just in comic books, but also by setting up a film and TV production division for its 2000 AD properties “Judge Dredd” and “Rogue Trooper”; last week it announced that a board game arm would be creating “Sniper Elite the Board Game”.

Due in 2020 is another entry to an acquired franchise with a dedicated following, “Evil Genius 2”. IB/RGA