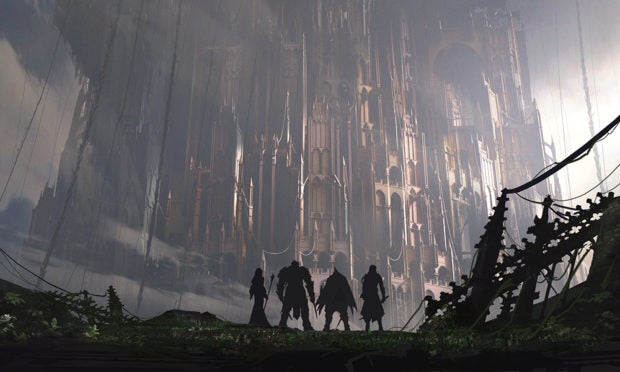 “Babylon’s Fall” was announced mid-2018 but absent during 2019 until December’s PlayStation State of Play. Image: Courtesy of PlatinumGames/Square Enix via AFP Relaxnews

Having launched on Nintendo Switch, Mac and PC in September, the mischief-making breakout hit “Untitled Goose Game” will be landing on PlayStation 4 on Dec. 17, Sony Interactive Entertainment and developer House House announced during Dec. 10’s State of Play video.

The date makes the PlayStation 4 debut a simultaneous release with the game’s Xbox One edition.

A remake of 1999’s “Resident Evil 3” was leaked the week before, and publisher Capcom provided a debut trailer and April 3, 2020 release date for the well-anticipated PlayStation 4, Xbox One and PC survival horror title.

“Ghost of Tsushima” is one of SIE’s final exclusives of the PlayStation 4 era — not to mention a possible candidate for swift PlayStation 5 re-release — and was present by way of a one-minute scene-setting clip.

A longer trailer is to be shown at The Game Awards 2019 on Dec. 10, with host and organizer Geoff Keighley characterizing it as the ceremony and preview extravaganza’s longest such video.

Through this latest trailer, it is now signaling another public display in Summer 2019, likely indicating a return to E3.

The December 2019 State of Play also contained a release date for playful creative suite “Dreams” (Feb. 14, 2020; it has been in paid early access since April 2019), confirmation that very well received puzzle adventure “Superliminal” will come to Play Station 4 and the announcement of a new game called “Paper Beast” for PSVR between January to March 2020.

The Re:Mind expansion for January 2019’s “Kingdom Hearts III” will be arriving Jan. 23, not a new reveal but perhaps included because of the Disney crossover’s appeal.

Finally, “Spellbreak” takes the last-person standing Battle Royale format of “Fortnite” and “PUBG” and pulls it into a medieval fantasy setting with spells and castles.

It has been in testing on PC for a while and comes to Play Station 4 in the form of an early access Closed Beta for Founder Pack owners in northern Spring 2020.

And in the context that the “Predator” film franchise may see further sequels following 2018 resurrection “The Predator”, there was asymmetrical multiplayer shooter “Predator: Hunting Grounds” pegged to April 24, 2020 on Play Station 4 and PC. IB/RGA