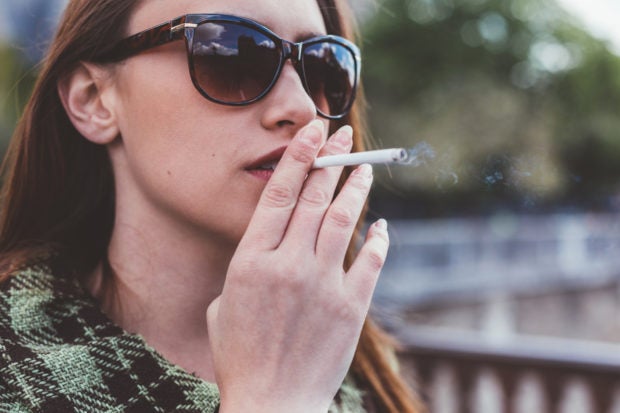 A new study has linked smoking to an increased risk of depression. Image: IStock.com/martin-dm via AFP Relaxnews

New research has found that smoking may not only have a negative impact on our physical health — it could also be having an effect on our mental health.

Carried out by researchers at Hebrew University of Jerusalem’s-Hadassah Braun School of Public Health and Community Medicine, Israel, the University of Belgrade, Serbia and the University of Pristina, Kosovo, the new study looked at more than 2,000 students enrolled at Serbian universities, who were surveyed about their smoking habits and depressive symptoms.

The findings, published Wednesday in PLOS One, showed that among the students who smoke the rates of clinical depression were two to three times higher than among the non-smoking students.

The findings still held true even after the researchers had taken into account the students’ economic and socio-political backgrounds.

“Our study adds to the growing body of evidence that smoking and depression are closely linked,” said study author Professor Hagai Levine. “While it may be too early to say that smoking causes depression, tobacco does appear to have an adverse effect on our mental health.”

Levine added that he would like policymakers to start taking into account smoking’s effect on mental health. “I urge universities to advocate for their students’ health by creating ‘Smoke-Free Campuses’ that not only ban smoking on campus but tobacco advertising, too.”

A 2017 study carried out by researchers at King’s College London and the Charles University in Prague, also found that quitting smoking could help improve symptoms of depression. After looking at 3,775 patients attending a stop-smoking clinic in the Czech Republic, they found that 66.3% of successful quitters who had had moderate or severe depression while smoking reported no or minimal symptoms of depression during a one-year follow-up.

Quitting smoking could cause changes in gut bacteria — study

TOPICS: Cigarettes, Depression, mental health, Smoking, young adults
Read Next
Could drinking green tea help you live longer?
EDITORS' PICK
DILG to stranded workers: ‘Stay where you are’ until Luzon-wide quarantine is over
UP-PGH wards for COVID-19 patients finished in 5 days
Style and music journeys with Claudia Barretto
IATF: Food firms to operate with 50% of workforce during Luzon quarantine
BREAKING: 1,075 people in PH has coronavirus disease – DOH
Cebu City closes its borders
MOST READ
Pacquiao to seek probe on leaked private letter from Barangay Dasmariñas
No more bread? Company forced to limit production
BREAKING: 1,075 people in PH has coronavirus disease – DOH
Another doctor dies due to COVID-19 in Cebu City, doctor-husband critical
Don't miss out on the latest news and information.