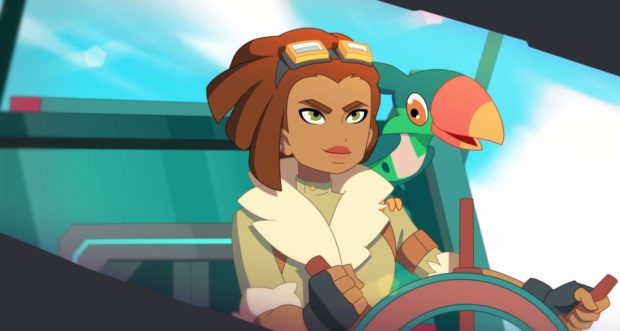 “Temtem” launched with an anime-style trailer. Image: Courtesy of CremaGames via AFP Relaxnews

A Lunar Sale levied discounts upon many of the store’s most popular titles, but could not stop “Temtem” from becoming Steam’s biggest seller at launch.

Despite several server stress tests conducted in the lead up to launch, player demand meant that “Temtem” struggled to stay online in the immediate aftermath of its release.

As a result, consecutive player counts have been climbing rather than dropping off as online servers have stabilized, with “Temtem” studio Crema Games squashing bugs and closing loopholes in parallel.

“Our idea is to be completing the game slowly during the Early Access until we reach a point where we’re satisfied with the result and can call it a proper release.”

At that point, “Temtem” will be ready for Nintendo, PlayStation and Xbox platforms, according to its Kickstarter crowdfunding pitch.

Away from “Temtem”‘s carnival of creature collecting, the new-to-PC Iceborne expansion for “Monster Hunter World” was also unassailed by Lunar Sale competition, likewise the latest Season Pass for “PlayerUnknown’s Battlegrounds”.