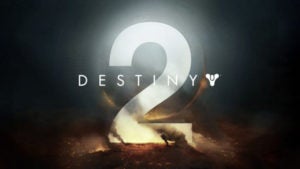 A popular, intensely challenging multiplayer event from the original “Destiny” is returning in the next season of “Destiny 2” which begins March 10.

Season of the Worthy will bring with it a spruced-up Trials of Osiris from March 13, 2020.

The tenth season of “Destiny 2” was already believed to contain a new version of the fan favorite “Destiny” attraction, and development studio Bungie has now confirmed its intention.

Absent since August 2017, a month before “Destiny 2” debuted, Trials of Osiris was a limited time mode for two teams of three players each and would run Friday to Tuesday on a weekly basis.

Game director Luke Smith recalled his own experience before and after the original introduction of Trials of Osiris in a behind-the-scenes video for the refreshed mode.

“Trials was our Friday night,” he said of himself and two friends from outside the game studio. “Every week, Trials, we played.”

“It was this time when you’re like ‘Oh, I have this thing to look forward to, every week. This sweaty, stressful, high-stakes activity.”

“Every single life, every single round, every single match means something in Trials, whether you win or lose,” explained Lars Bakken, creative lead. “It is a legitimate, difficult thing to be good at,” he said, outlining part of its intended appeal.

The return of Trials of Osiris was strongly suggested by an unofficial data mine earlier in February, and is now being confirmed as the current Season reaches its conclusion. JB