Nintendo to parade cohort of Switch indies in dedicated Direct 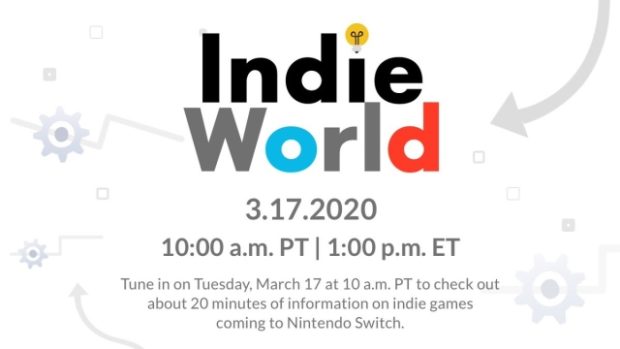 A Nintendo Direct video announcement scheduled for March 17 is to profile around 20 minutes’ worth of indie games set for the Switch console.

Beginning at 10 a.m. PT/1 p.m. ET, a March 17 Nintendo Direct is to function as the latest Indie World Showcase for independently made games on the Nintendo Switch.

The video has been announced for broadcast through indieworld.nintendo.com/showcase, though Nintendo usually supports such events via social media channels as well.

However, Nintendo’s last Indie World Showcase was posted in December and a number of games profiled then could be imminent, if their target release dates hold up.

While the very well anticipated “Axiom Verge 2” is not expected until late 2020, and “The Talos Principle” and “Murder by Numbers” have already released, for example, “Sports Story” and “Liberated” were announced for the second quarter of 2020, ie. April, May or June.

“Gleamlight” (also announced for PC) and “Dreamscaper” (also for PC, PS4, XBO) were tagged for early 2020, with “SuperMash” for May and “Bake’n Switch” for northern summer, ie. June, July or August.

There’s also a good amount of other indie games with 2020 windows and Nintendo Switch among their target platforms, so fans might be hoping for a peek at delights like “Mineko’s Night Market”, “Cris Tales”, “Eastward”, “Baldo”, “Spiritfarer” and “Röki”, or even “Hollow Knight: Silksong.”

Over the course of 2019, Nintendo produced an Indie World-themed Direct roughly every three to five months, so holding a March 2020 edition isn’t too unusual given the December showcase’s recency.

However, after releasing “Pokémon Sword & Shield” in November 2019 and with “Animal Crossing: New Horizons” lined up for March 20, Nintendo hasn’t yet dated any other big, internally developed titles for the rest of the year.

While Nintendo has confirmed that a sequel to acclaimed launch title “The Legend of Zelda: Breath of the Wild” is in the works, release plans have not yet been announced.

That makes this particular Indie World Showcase significant in its potential to show fans and onlookers how the wider Switch release ecosystem is flourishing. NVG