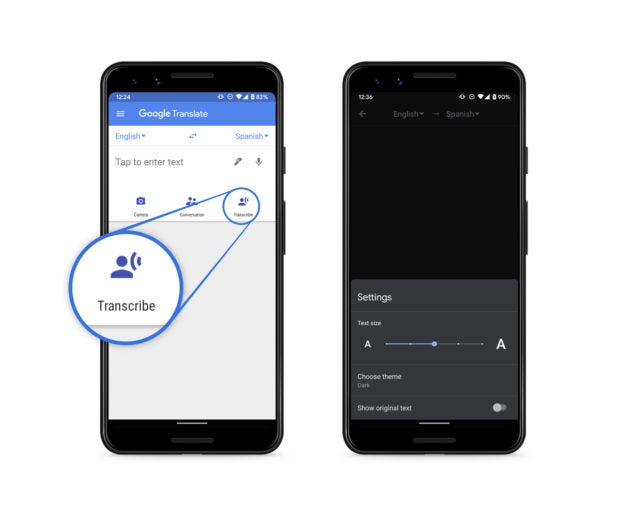 On Wednesday, March 18, Google presented a new functionality of its mobile Google Translate app allowing for the real-time transcription of speech in a foreign language.

The initial roll-out is for eight languages: English, French, German, Spanish, Hindi, Portuguese, Russian, Thai and Spanish. However, to use the new function in Google Translate, you will need to be using the latest version of the application for Android. A version for iOS is promised for the near future.

We're launching a Transcribe feature in Google Translate that can convert speech into another language as it’s happening. Starting in 8 languages, rolling out to Android today, more to come soon. #GoogleAIhttps://t.co/IMWjFgScVx

To take advantage of the new function, simply click on the “Transcribe” icon on the home screen and select the source and target languages from the drop-down lists. Once this has been done, speech, for example, in English can be automatically transcribed into French or another one of the supported languages and vice versa. Note that the original transcript is also displayed on the screen.

The Google Translate app can be downloaded for free from Google Play (Android) and Apple’s App Store (iOS). IB/RGA