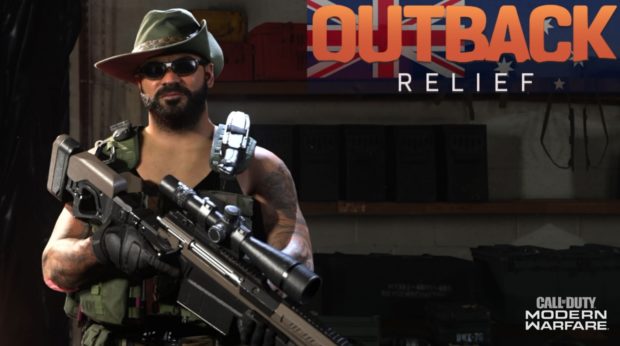 Players of the popular video game “Call of Duty” raised over $1.6 million (over P81.2 million) for the communities affected by the current bushfires in Australia.

The gamers donated money through purchase of the “Outback Relief” pack of downloadable content for “Call of Duty: Modern Warfare.” Activision, the company behind the well-known video game, made the announcement on its official site yesterday, Feb. 3.

The collected amount came from 100% of the company’s net proceeds from the sale of each downloadable pack. Activision then gave the donations to Direct Relief, a humanitarian aid organization that provides supplies to those affected by the bushfires.

“This was an astounding act of generosity on the part of Activision and the larger Call of Duty community, and we at Direct Relief are deeply grateful,” Thomas Tighe, Direct Relief’s president and chief executive officer, said in the statement.

“Most importantly, the ‘Call of Duty’ community’s amazing support will translate directly into help for people in Australia,” he added.

Bushfires continue to raze parts of New South Wales (NSW) in Australia. The NSW Rural Fire Service said in its Twitter page earlier today that there were still 62 bush and grass fires burning in the region, of which 29 have not been contained.  /ra