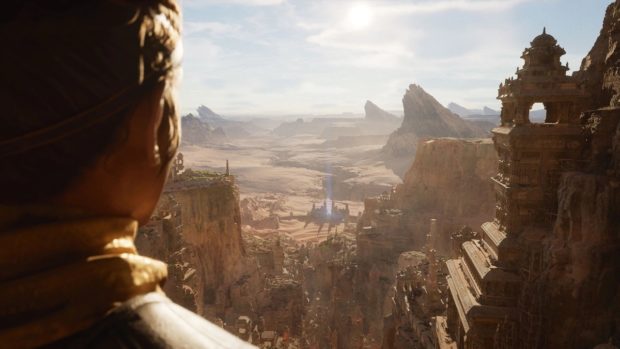 Unreal Engine 5 demonstration of “Lumen in the Land of Nanite” showcases some of the next console generation’s potential. Image: courtesy of Epic Games via AFP Relaxnews

The studio behind “Fortnite”, Epic Games, is also responsible for one of the game industry’s most popular creative suites.

In a May 13 video, Epic showed off what it can do with PlayStation (PS) 5 technology using Unreal Engine 5 to run the company’s real-time demonstration, “Lumen in the Land of Nanite”.

Epic also projected “Fortnite” availability on PS5 and Xbox One X when the new consoles launch this Holiday 2020.

“Fortnite” will then migrate to Unreal Engine 5 midway through 2021.

The reveal follows Xbox’s May 7 showcase of a selection of Xbox One X games, with a particular focus on Ubisoft’s upcoming Viking-themed action game “Assassin’s Creed Valhalla”. IB