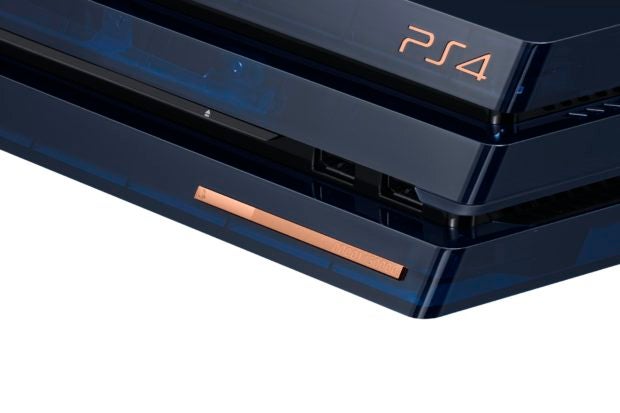 A special edition PlayStation 4 Pro, a more powerful revision of the original PlayStation 4. Image: courtesy of Sony via AFP Relaxnews

Sony is going into the PlayStation (PS) 5 generation with over 110.4 million PS4 consoles shipped to retail over the last seven years.

In broader context, the total is higher than almost every other prior home console, including the Nintendo Wii and original PS, both of which edged past 100 million.

Only the PS2 climbed higher, with in excess of 155 million units shifted.

Indicative of general consumer and industry trends, Sony Interactive Entertainment also reported that sales of digital downloads reached an all-time high in 2019 to 2020, with 125 million unit sales over the past financial year.

The PS5 is projected to launch during the end-of-year Holiday 2020 period, as is Microsoft’s Xbox Series X.

The two are yet to reveal final price points for their new machines.

With some 55 million Switch consoles sold by the end of March 2020, the Switch’s pace is equivalent to that of the PS4 at the same time in its lifecycle.

As for Microsoft, it stopped reporting sales of the Xbox One after November 2014, at which time it had already become apparent that PS had gained decisive momentum.

However, the Xbox line now offers sector-leading console power (the Xbox One X), a stripped-down budget option (the Xbox One S All Digital Edition), and a wallet-friendly, value-heavy subscription library (Xbox Game Pass).

To this, Microsoft adds its expertise in cloud technology through the Azure server network, putting it in a good position to reverse its fortunes. IB