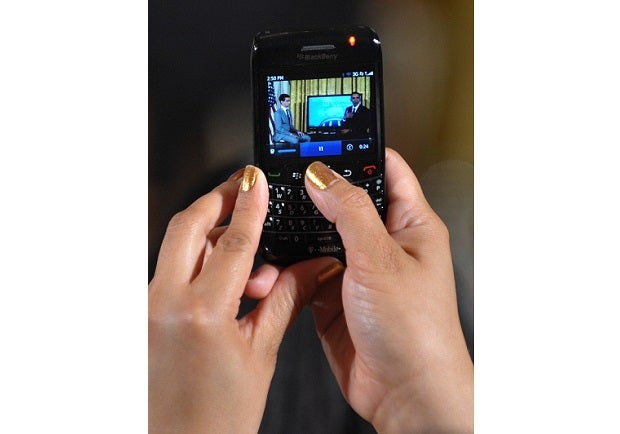 An attendee takes a photo with her cell phone as US President Barack Obama speaks during a ‘Twitter Town Hall’ July 6, 2011, in the East Room of the White House in Washington, DC. AFP FILE

WASHINGTON, United States — Twitter on Wednesday began streaming 360-degree video, allowing users to interact and get behind the scenes of live broadcasts.

“Starting today, you can check out live, interactive 360 videos from interesting broadcasters and explore what’s happening with them,” Twitter’s Alessandro Sabatelli said in a blog post.

“You’ll be able to get an inside look with well-known personalities and go behind the scenes at exclusive events.”

The first such video was delivered over Twitter’s live Periscope application from broadcaster Alex Pettitt, showing a Florida sunset, while allowing users to see it from different angles by clicking on the stream.

“With 360 video on Periscope, you can experience moments with the broadcaster and take a look around  –  it’s one step closer to actually being there,” the Periscope team said in a blog post.

“Starting today, you’ll be able to join live 360 videos on Periscope and Twitter from some incredible broadcasters  —  getting front-row access at exclusive events, traveling to places across the globe, and getting up close with well-known personalities.”

“Live 360 video isn’t just about taking you to places you’ve never been; it’s about connecting you with people and letting you experience something new with them,” the Periscope team said.

Twitter said it was testing 360 broadcasts “with a small group of partners,” and will be rolling out the feature “more broadly during the coming weeks.”

“Live 360 video isn’t just about taking you to places you’ve never been; it’s about connecting you with people and letting you experience something new with them,” the Periscope team said.

“With these videos, the broadcaster anchors the experience so you can be present with them from whatever environment they’re sharing from.”