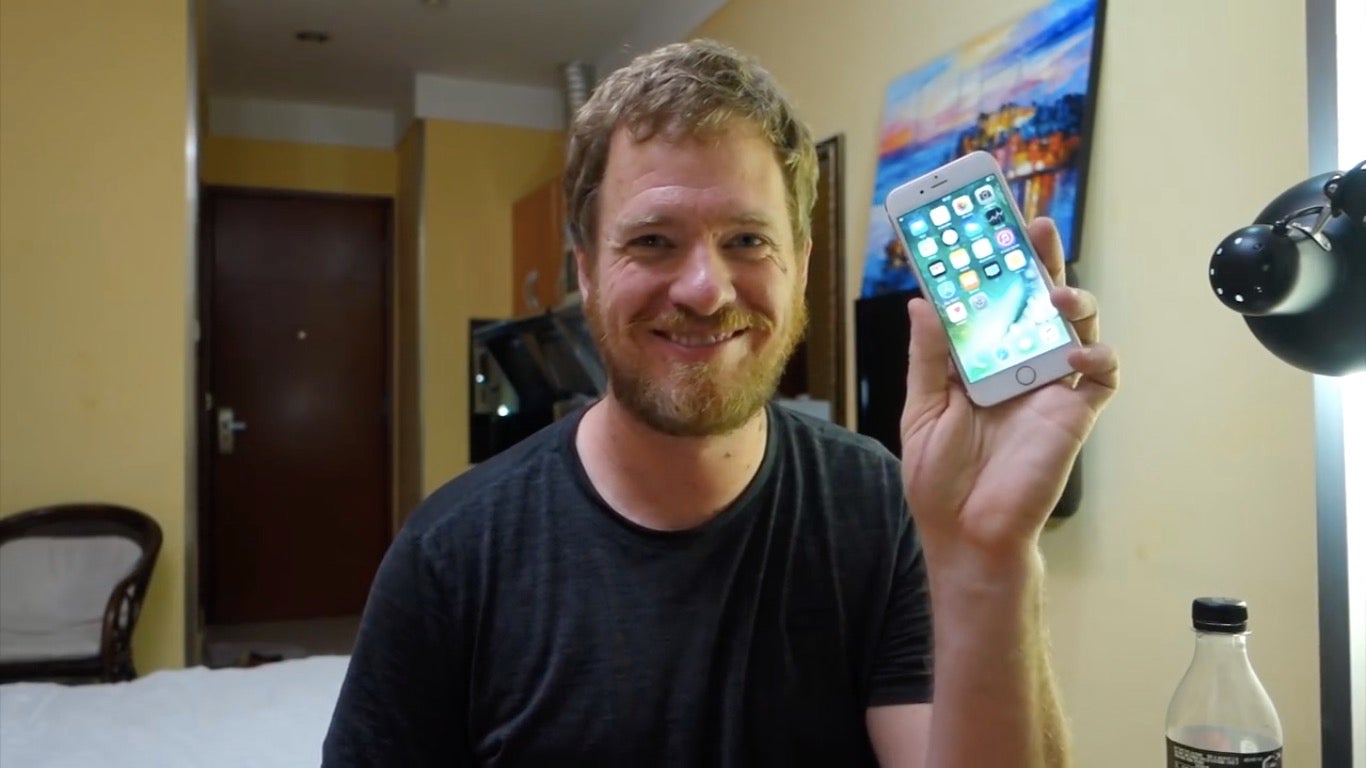 While most people tune in to YouTube to watch people tear apart electronics, one guy thought to do the opposite and decided to make his own iPhone from market parts.

Scotty Allen flew all the way to Shenzhen, China where he shopped around for various parts to build his own iPhone.

“I was with people like me, geeks who are fascinated by the electronics manufacturing scene,” said Allen. “Then someone said ‘you know, I see all these cellphone parts in the markets. I wonder if you could build your own phone.’”

While cruising the different market places, Allen made it a point to video his interactions. He also recorded his attempts at putting all the parts together. At one point, he had to go back to a shop he visited to ask for advice on what he was doing wrong doing his assembly.

By Allen’s estimate, he spent around $300 (almost P15,000) for the parts that he used to build the phone. However, he also spent an extra $1000 (almost P50,000) for tools and other items which he ended up not using. Allen mentioned attempting to personally assemble the logic board by piecing together all the different chips that go into it—an endeavor he eventually abandoned, admitting that he was “way over his head.”

Check out the video below for Allen’s grand adventure in building his very own iPhone from aftermarket parts. You can also check out his blog, Strange Parts, for his other DIY projects. JB