LOOK: Bethesda all set for two game reveals at E3 2017 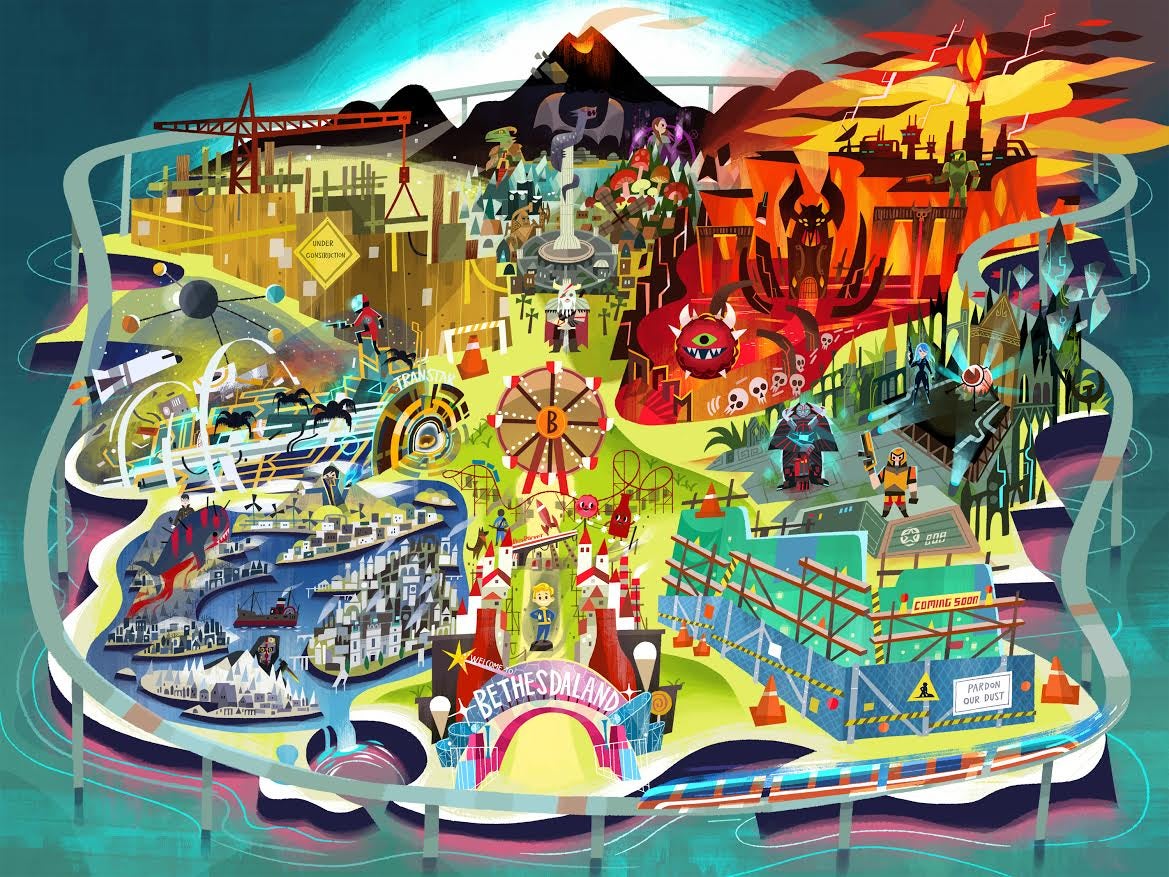 Bethesda Land is an impressive place filled with adventure and it’s about to get two new attractions. Image: Twitter/@bethesda

The Electronic Entertainment Expo or E3 is just a month away and it’s around this time that game companies start to tease the public regarding what’s in store for the event.

On Bethesda’s end, the game company uploaded a fairly simple photo showcasing their current titles, laid out in a theme-park-like mashup. These are Dishonored, Doom, Fallout, Prey, Quake, and The Elder Scrolls.

Curiously, there are two areas that are still “under construction,” hinting at two new games that could be unveiled at E3. The photo was shared on their official Twitter account.

Speculations point to a new Elder Scrolls game based on a previous announcement about three major projects, currently in the works. Other rumors also point at a sequel to the survival horror, “The Evil Within”.

Bethesda’s showcase will be held on June 11, a day before the main E3 event in Los Angeles. JB

Tekken 7 omits ‘Roger the Kangaroo’ due to animal activists